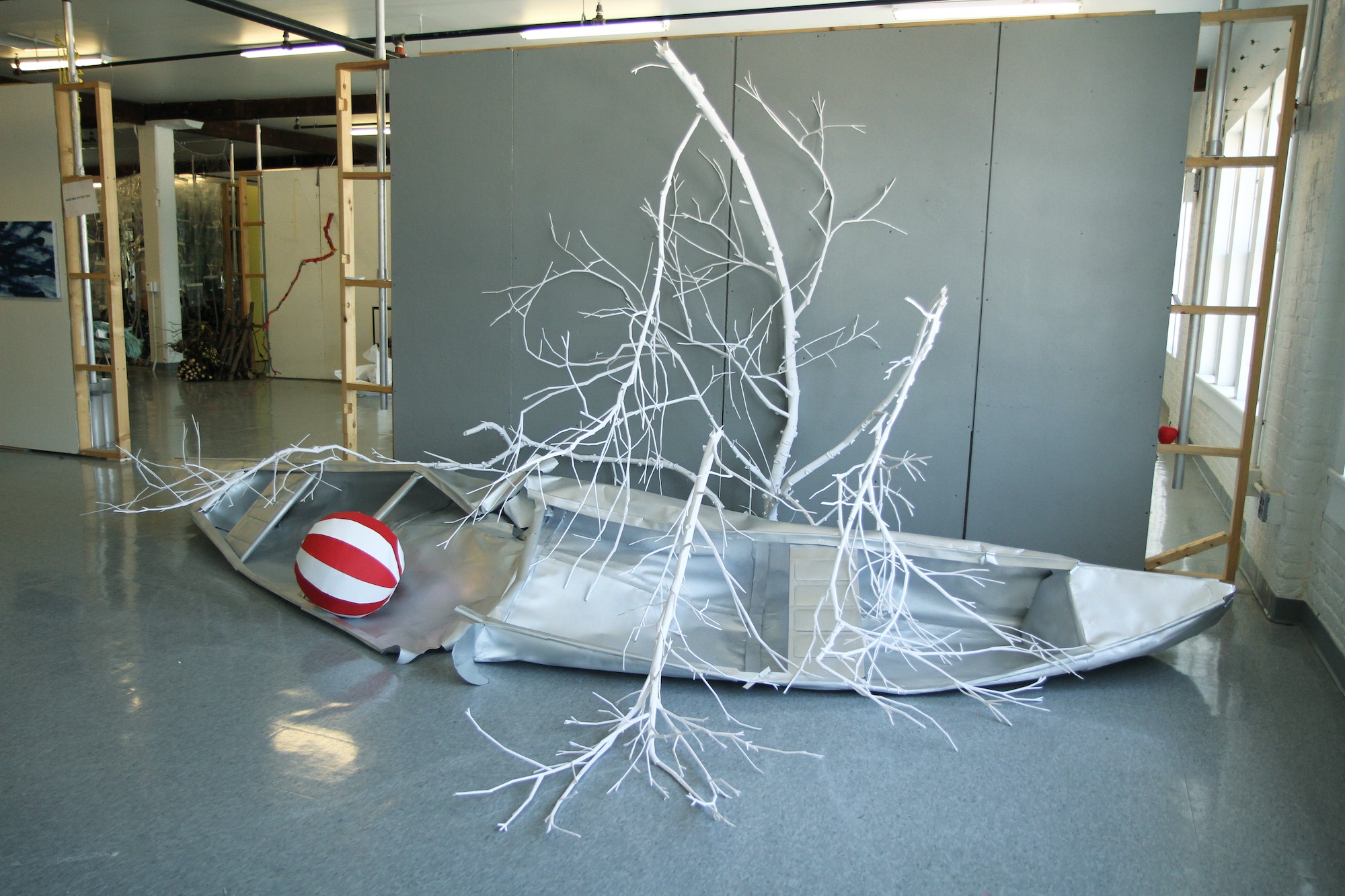 In 2010, I participated in the first Swing Space residency organized by Lower Manhattan Cultural Council (LMCC) on Governors Island in New York City, from March 15th to July 25th, 2010, with 20 other artists. We took the ferry from lower Manhattan to the island early in the morning to go to our studios, and had to be off the island by 5 PM. From March to the start of June, the public were not permitted to visit so we had the remarkable place almost all to ourselves.

During the residency, I made a number of paper models referencing the layered history of the island as a hunting ground for the Lenape, a military base for the United States and the Coast Guard, and its current use as a place of recreation for city dwellers. The canoe formed the leitmotif for the project. A 1:1 model of a birch tree, found on the island growing near one of the old barracks, was recreated from ghostly white paper and placed next to a model of a Grumman canoe. Grumman is a corporation that mainly makes airplanes and warships for the military, recalling the long connection of the island with the military services. The installation recalls the shift since the arrival of the Dutch settlers in the early 17th century from a relatively harmonious relationship of the inhabitants and users of the island with the natural world, to a much more adversarial one.

One of the most important and special aspect of the residency was of course being with the other artists – we had the chance to get to know each other and learn from each others’ work, as well as having fun gatherings outdoors on sunny days, which was not always possible as sometimes the island was enveloped in a cloud of mist and fog.

With thanks to Stroom Den Haag.

This is an image of the birch tree I found on the island after a long search, and the one I later modeled in the studio 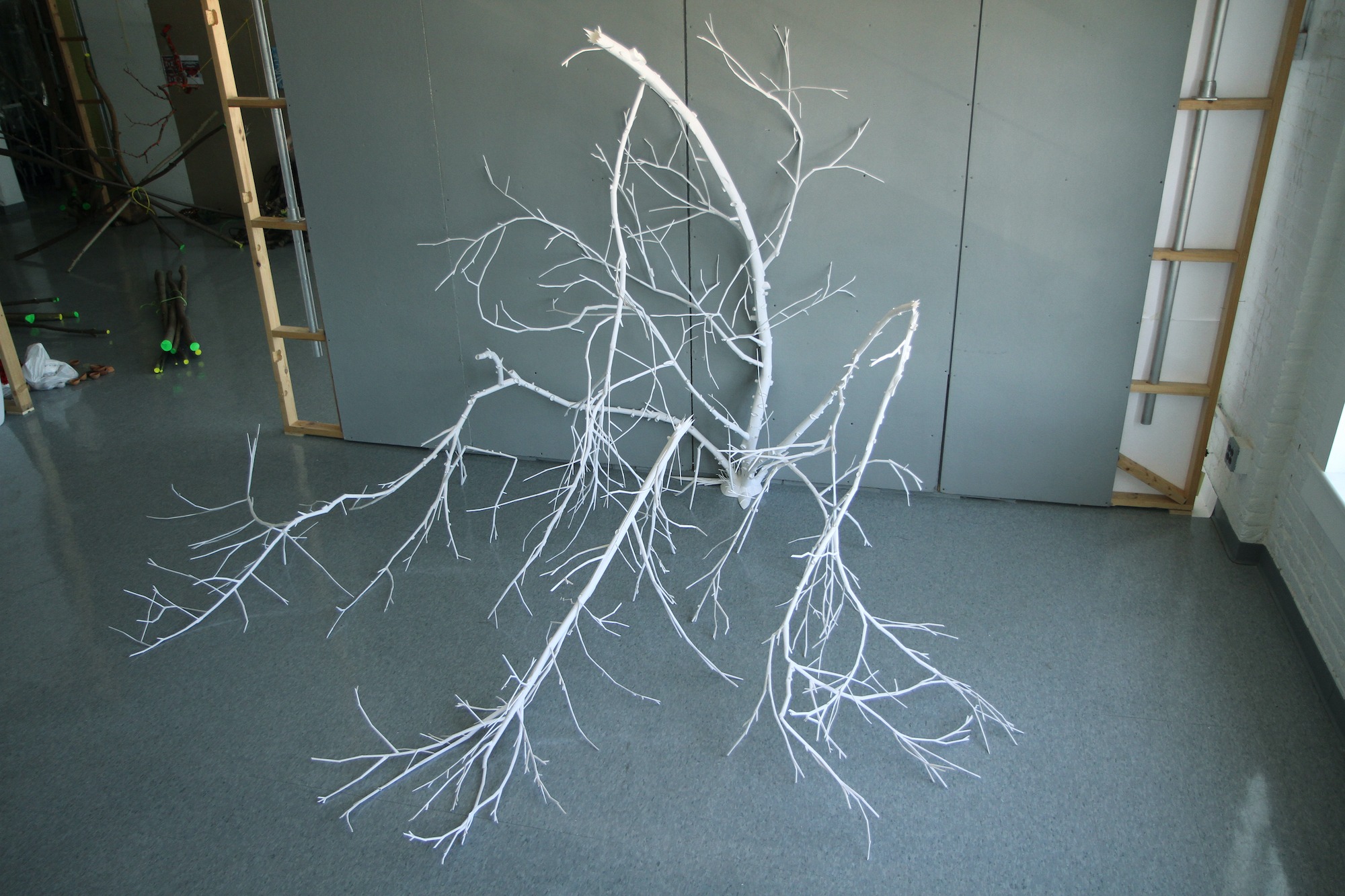 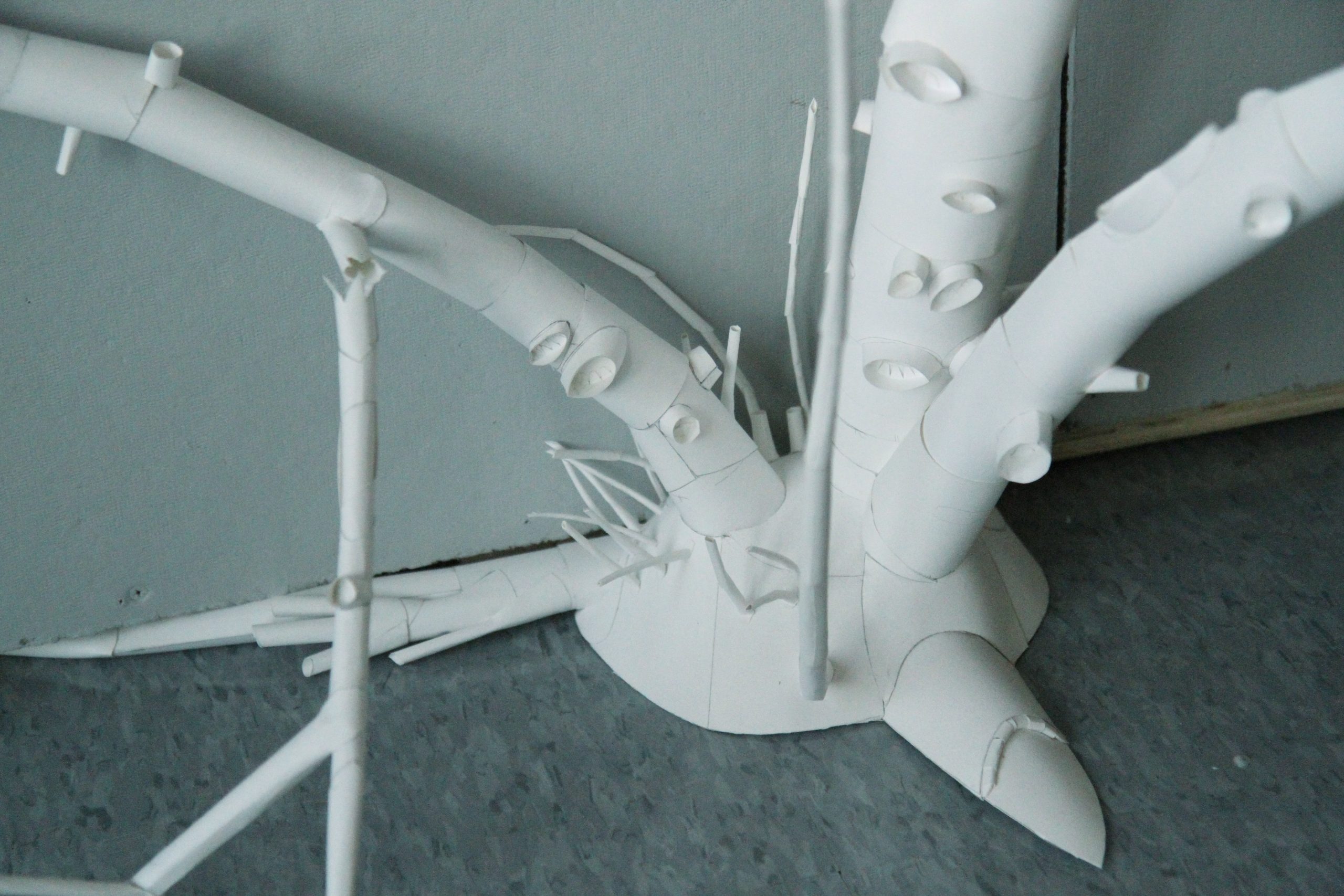 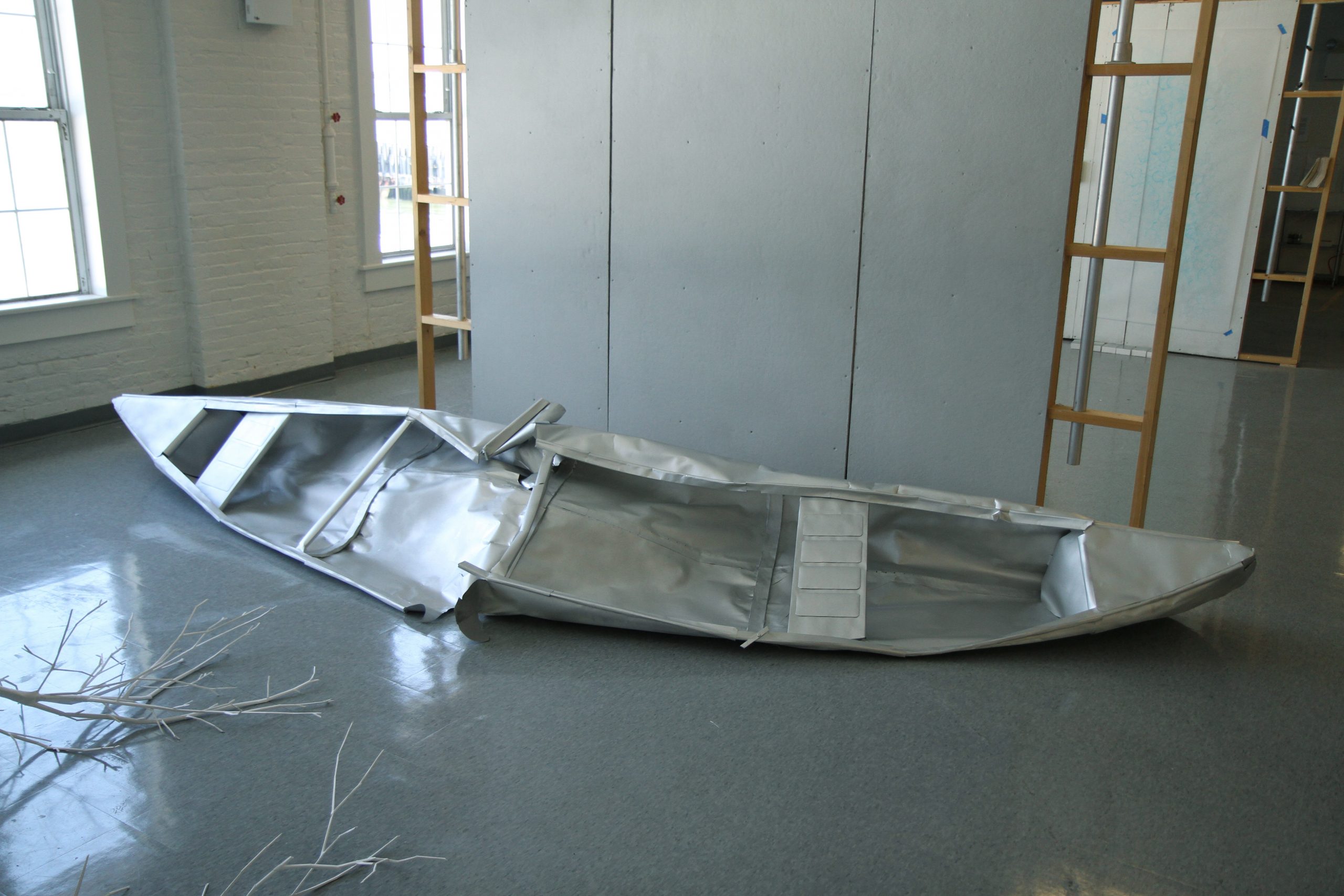 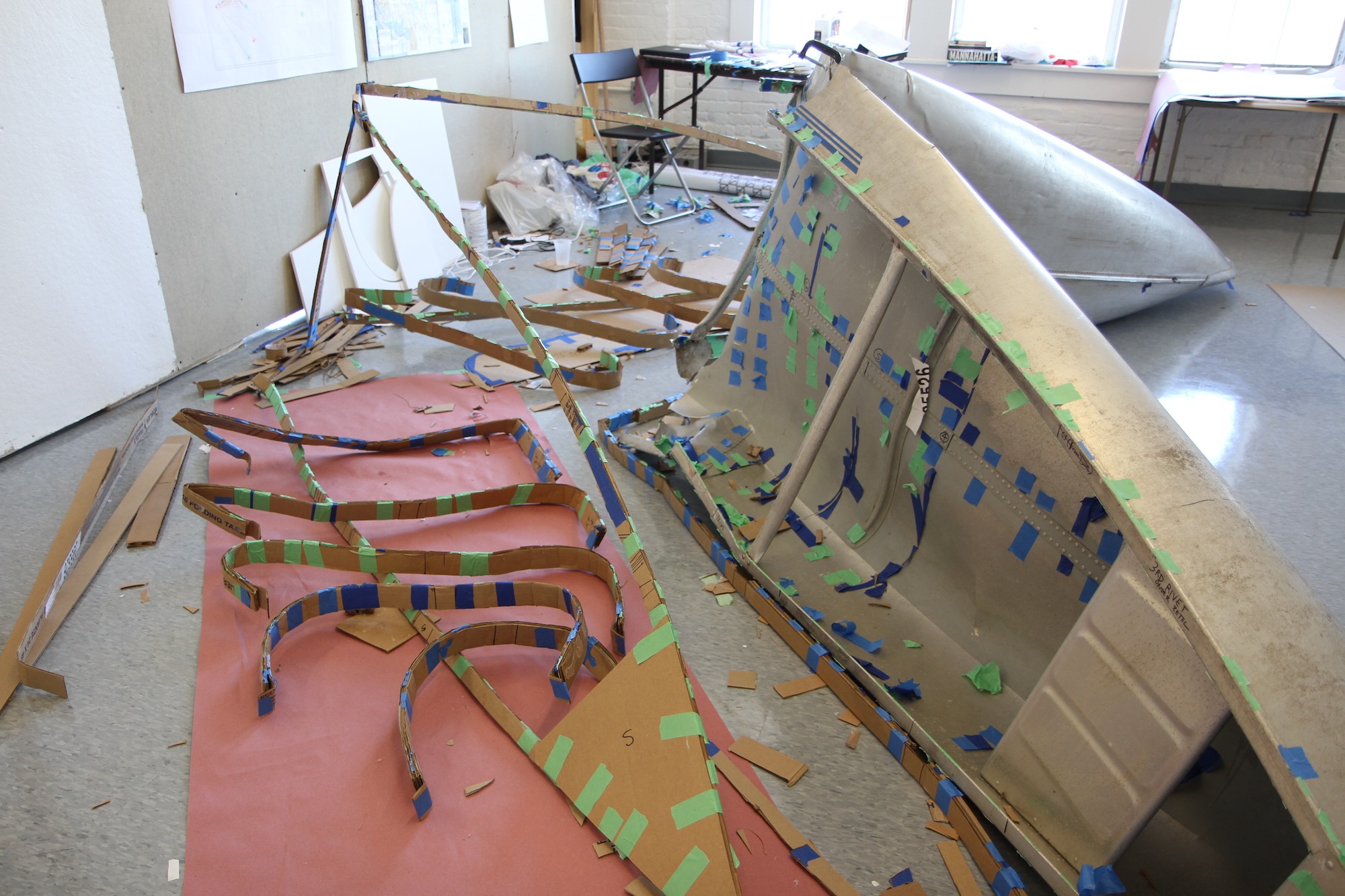 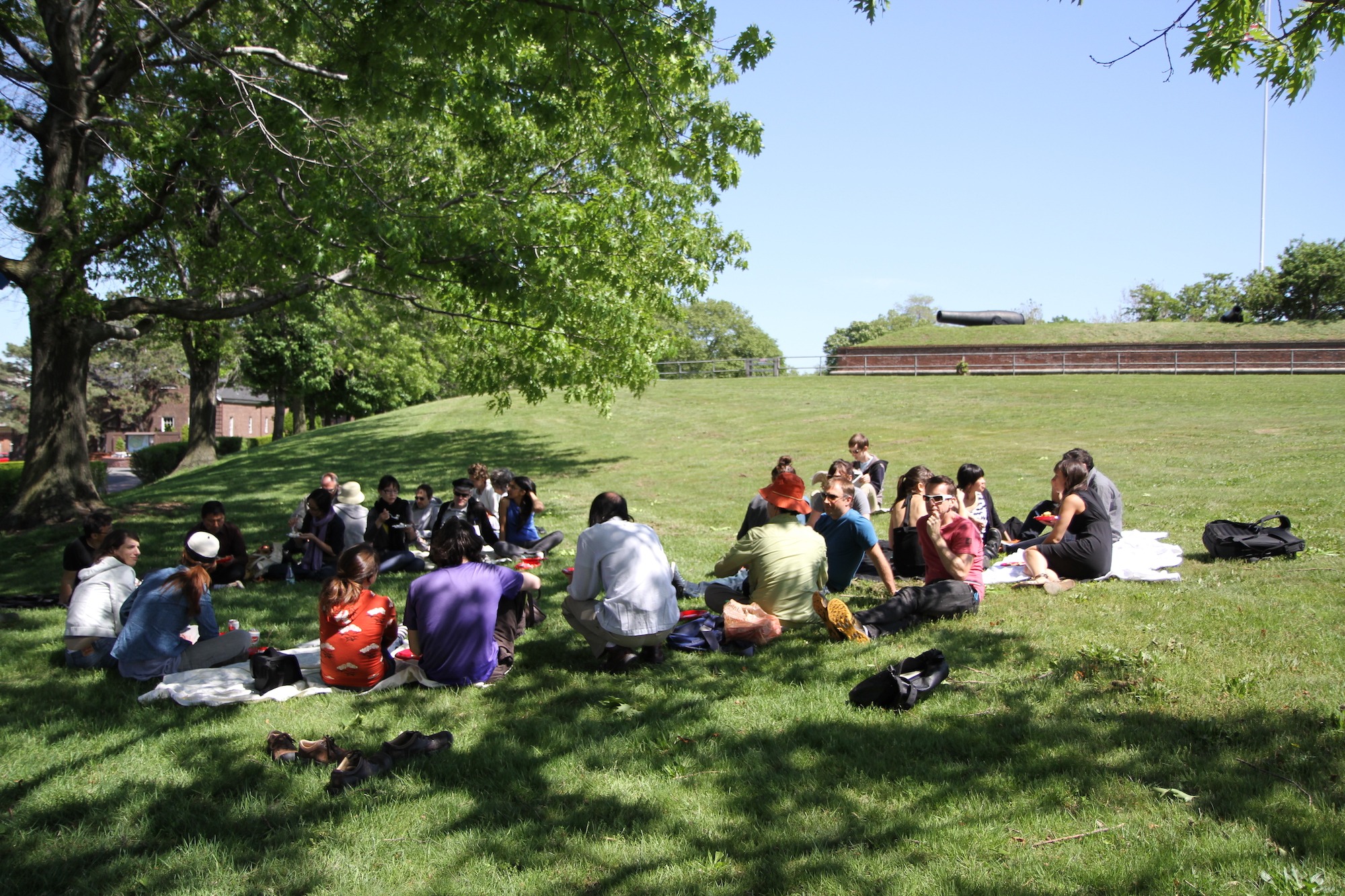 Artists' picnic on a sunny day 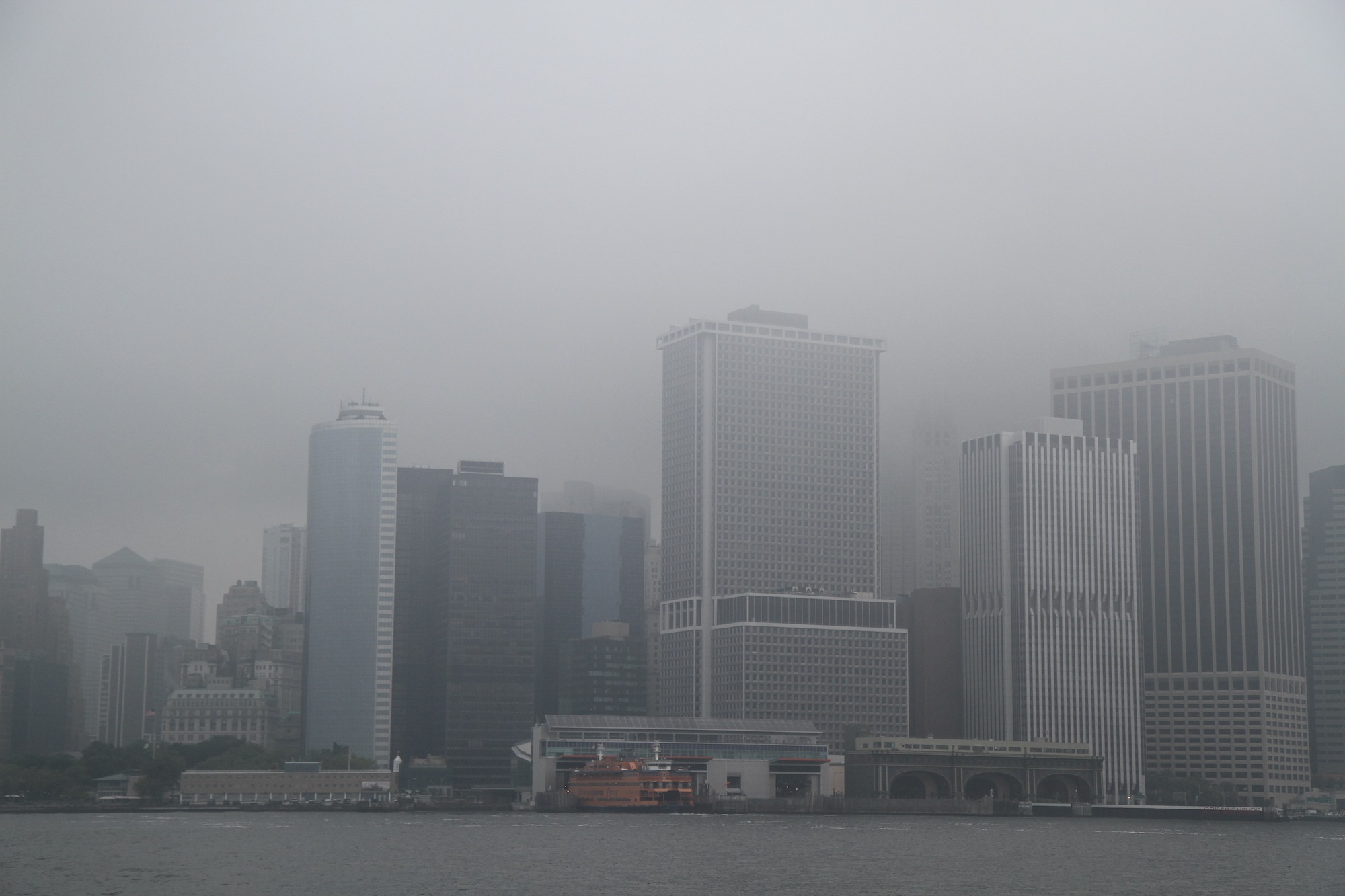 Lower Manhattan on a misty day, image made from the ferry on an early morning crossing