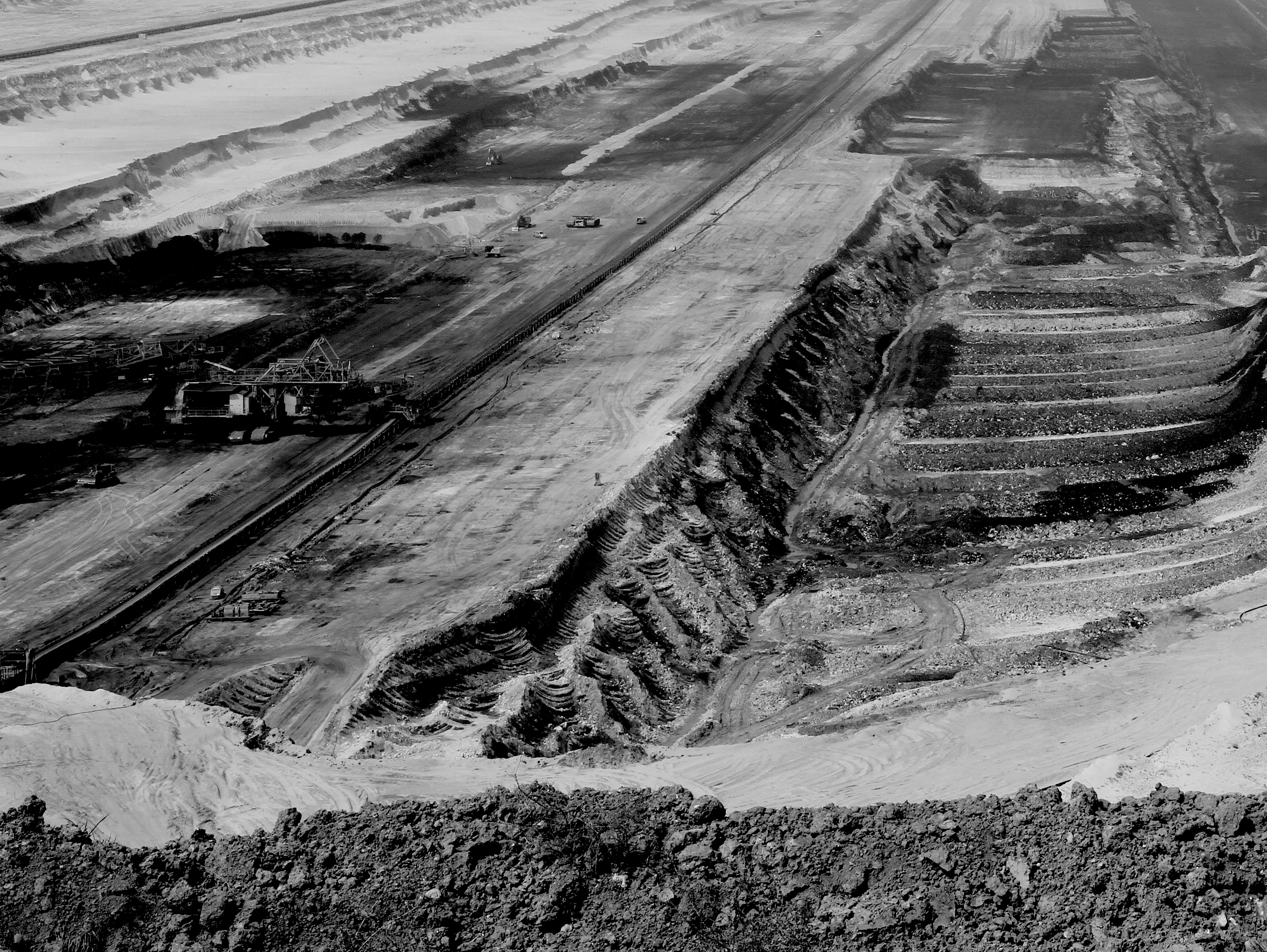 In my drawings I explore a shared methodology between drawing and mining. Both begin with a pristine site; a sheet of paper or a landscape. This is followed by mapping, or sketching. Then comes excavation, which entails destruction. The drawings are a way of spending time with this damage. I often draw on crumpled paper. Crumpled paper would normally be considered a mistake and thrown away. Here, however, the crumple lines in the paper are made visible through mark-making. I see the undrawn part of the paper as a seam. It can be compared to a vein of coal, or ore. It isn’t a natural resource that is depleted. The undrawn paper becomes a space of potential that is never exhausted but reclaimed for the imagination.

It often takes many months to produce one of these images, an amount of time which is disproportionally large in comparison with the relentlessly efficient economic time of the mining enterprise. This extreme time-taking is an act of caring for a so-called failure, and a way of re-valuing something discarded. In mining, the discarded earth is called ‘overburden’, an unwanted leftover. In my drawing, nothing is discarded. I embrace what is unwanted and reveal mistakes through mark-making. The crumpled paper of the drawing gradually starts to resemble both skin patterns and the lands’ erosion, inviting an association with both body and earth. In this way, the damaged drawing invites an encounter and identification with the vulnerability and limits of materiality.