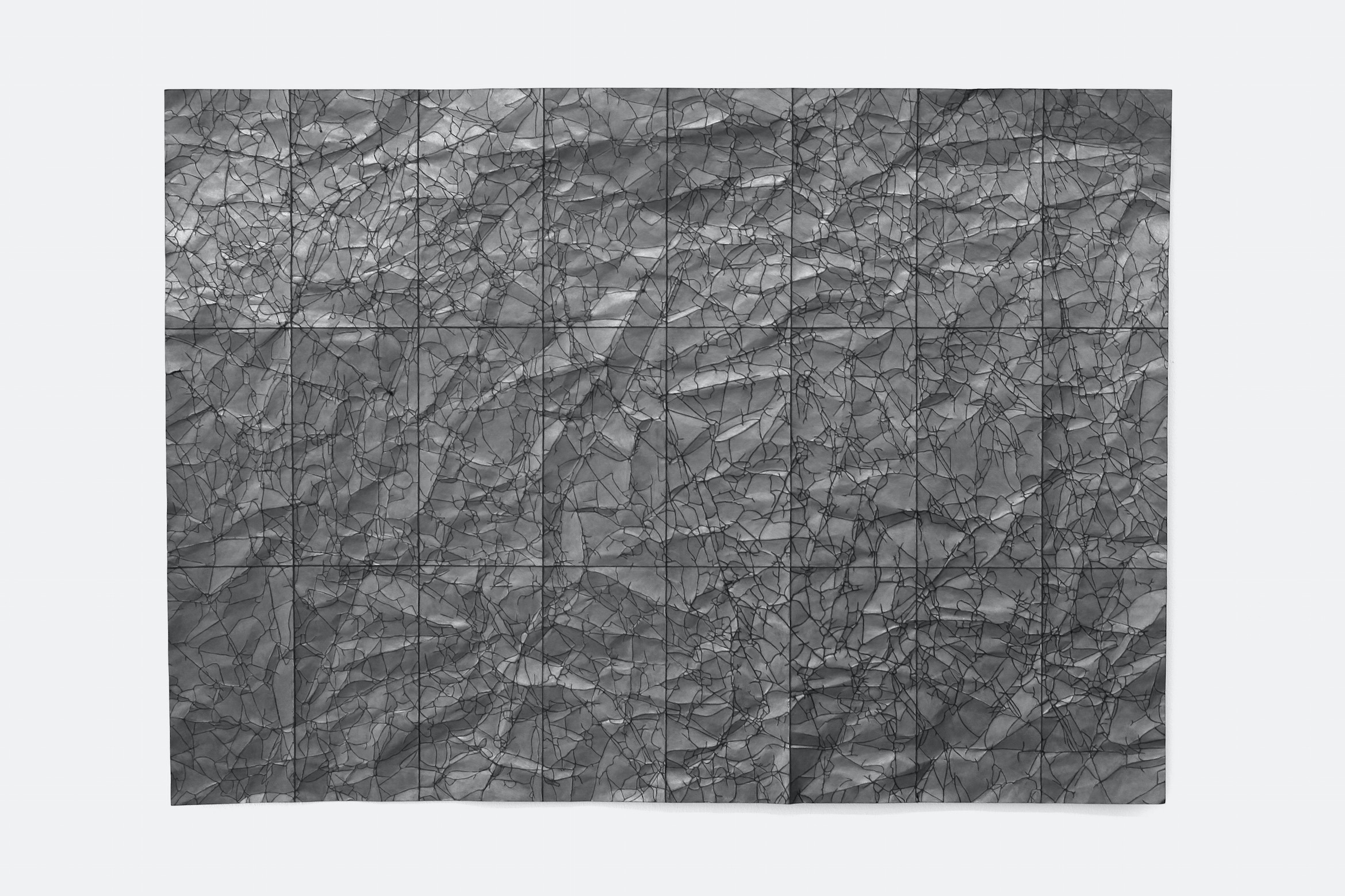 The drawing series Emotional Landscape is characterised by slippages and instability. Drawn with pencil onto crumpled and scored paper, a topography of damage is mapped onto their surfaces. The open spaces surrounding the paper’s creases are filled in with graphite, in a meticulous, time-consuming process. In an inversion of the “normal” drawing process, lines already embedded in the paper are slowly revealed by the filling-in marks of the pencil. Not only is the drawing process inverted; as the crumpled piece of paper is gradually transformed into something resembling precious metal, conventional notions of value are also called into question.

The work invites the viewer to experience a feeling of being off balance, as horizons tilt and light vanishes. Collapsing, sagging, folded, the drawings are in a state of transition between standing up and falling down. Often placed into corners or lying against the wall, something abject and abandoned surrounds them, as they inhabit multiple dimensions. 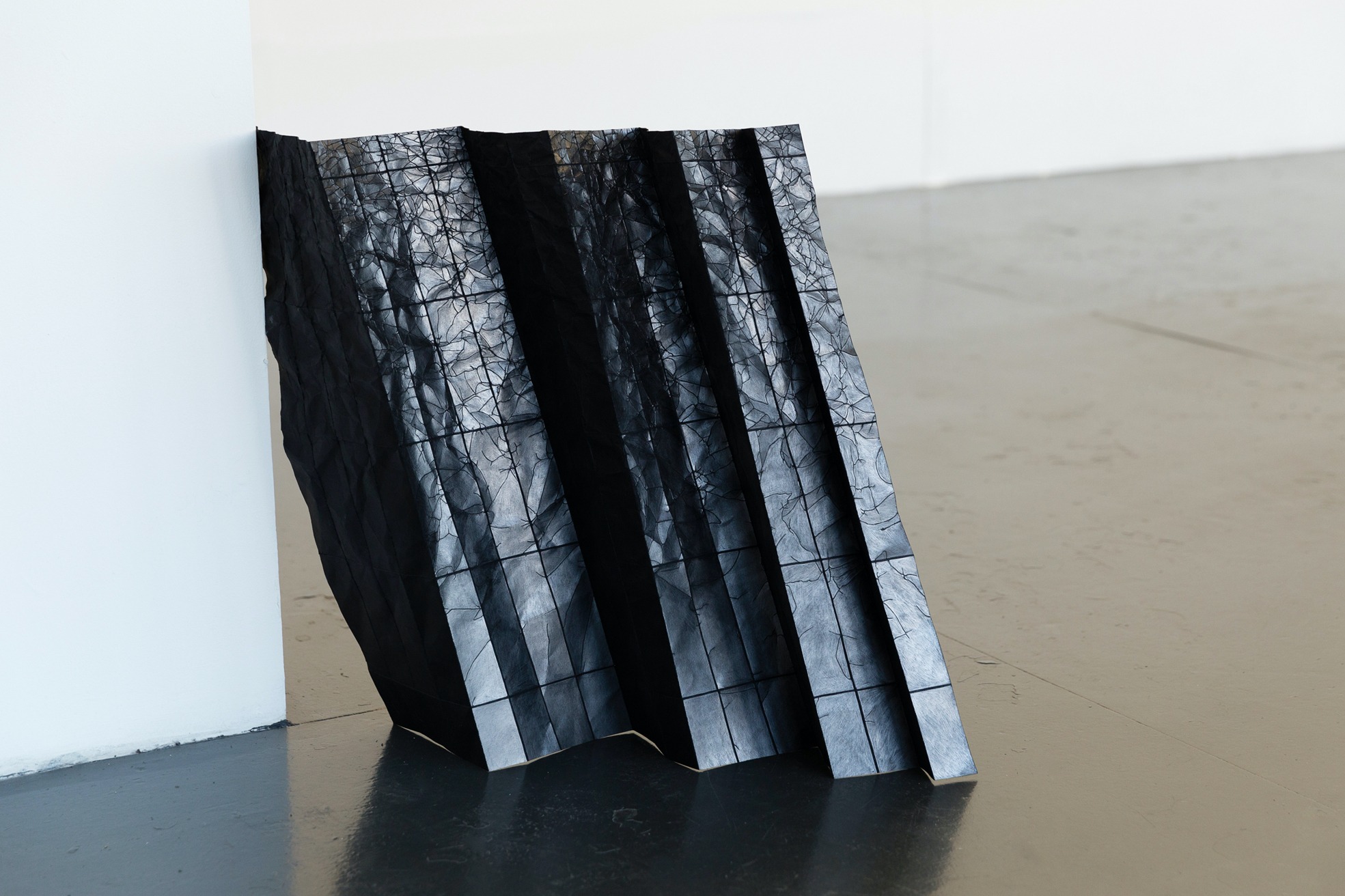 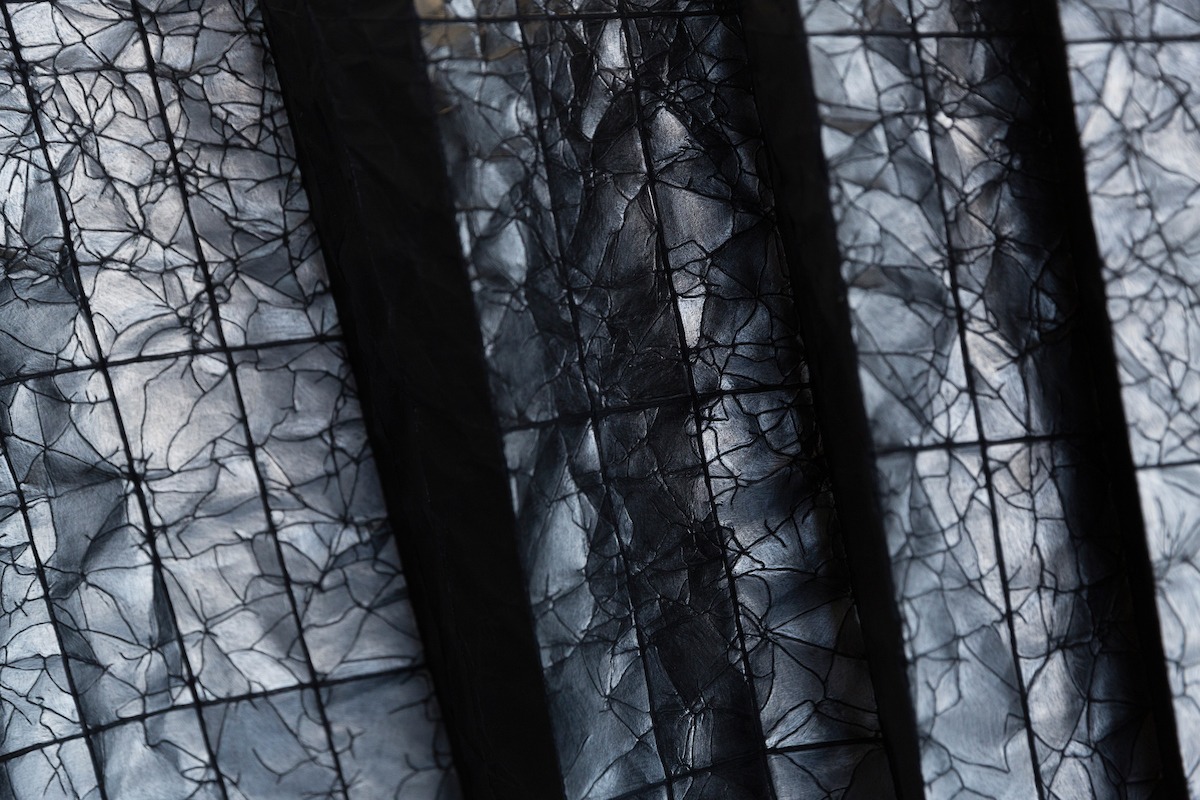 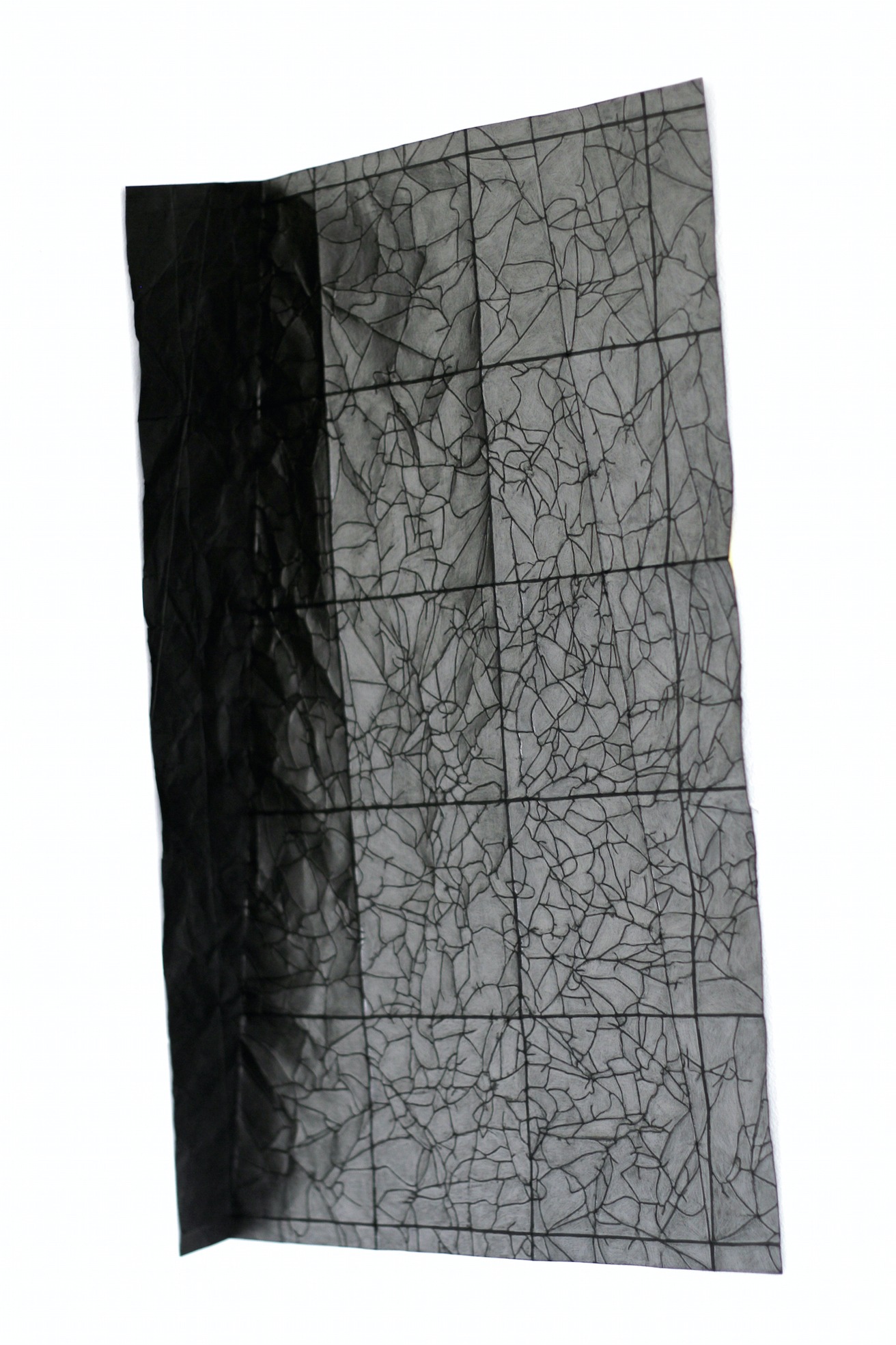 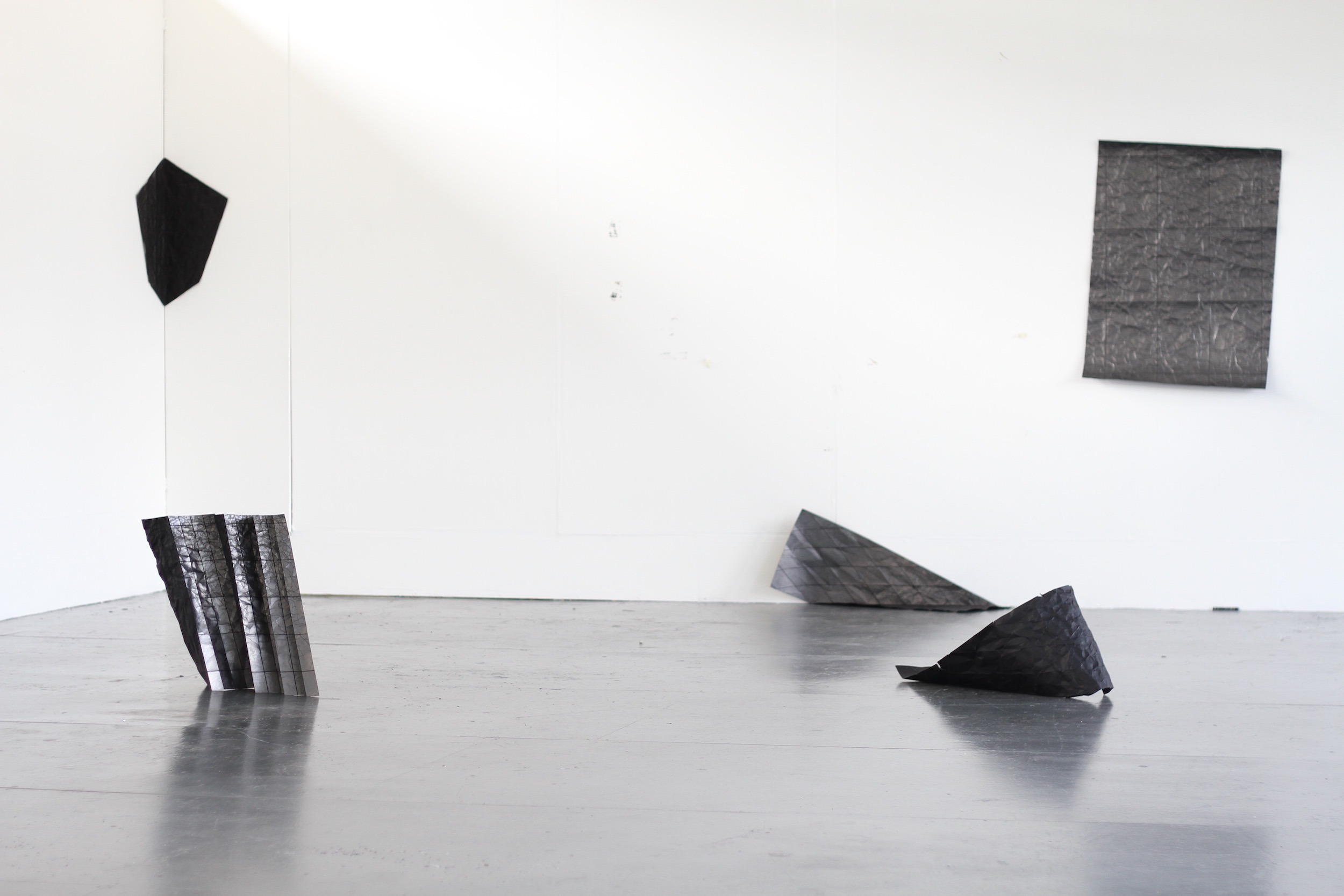 How a Pencil Becomes a Diamond, 2016, graphite on paper, installation view with 5 drawings