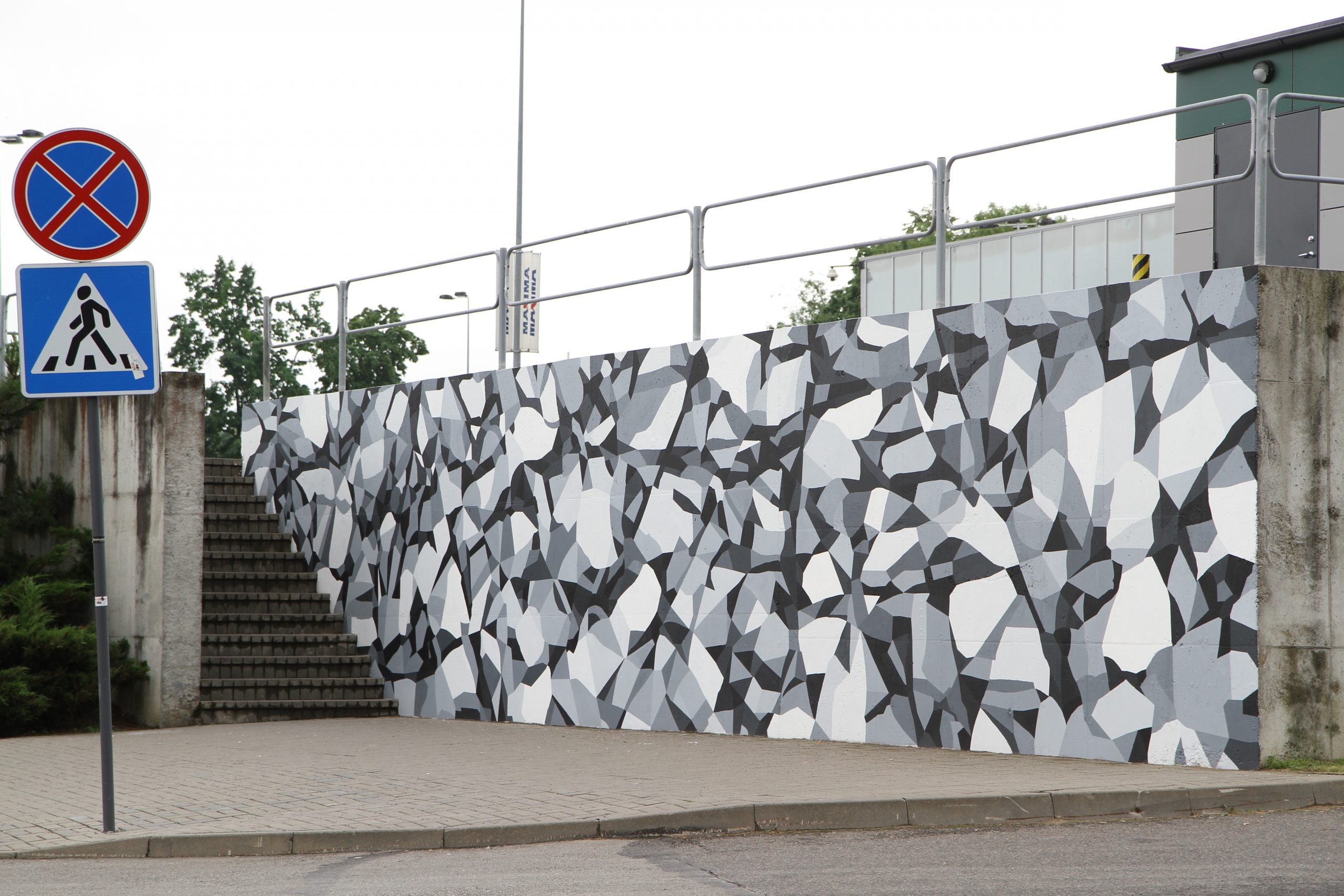 The wall painting Failure Topography was made during the MALONNY arts festival, held in June and July 2016 in Marijampolė, Lithuania, with the help of numerous wonderful volunteers from Marijampolė. The festival brings artists from London and New York to Marijampolė each year to paint murals on the walls of the city, involving young artists and volunteers in the process during a week long arts festival.

Based on a piece of crumpled paper, the many tones of gray from black to white describe a pattern of damage. Normally discarded, the crumpled paper has been retrieved and re-imagined as something resembling a cross section of granite, upending conventional ideas of value and solidity.

Damage to a piece of paper always remains visible, it’s impossible to make the paper smooth again. In the same way, other forms of damage or trauma may lie hidden underneath the surface, whether that be individual, historical or geological. 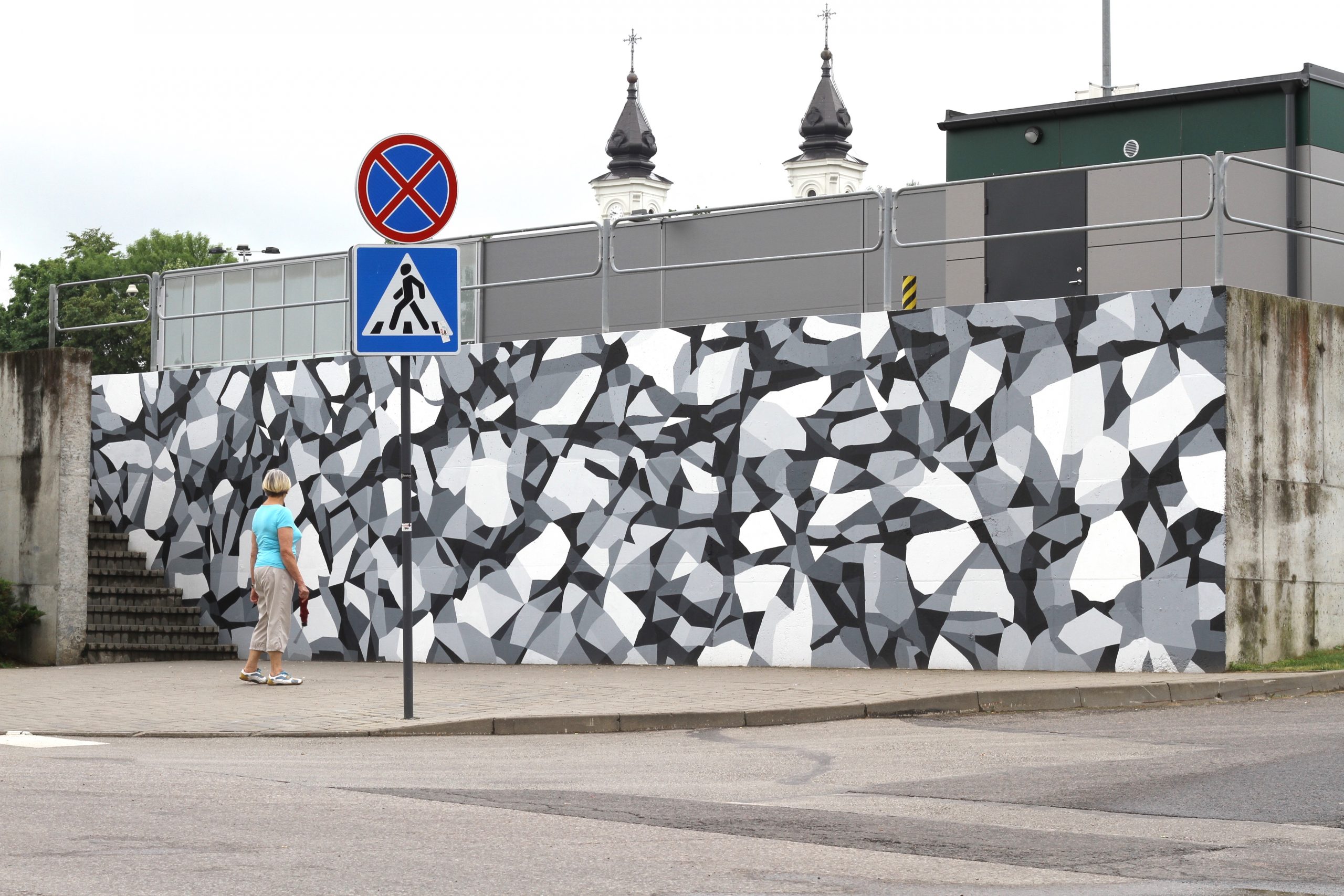 Failure Topography, 2016, 12.9 x 2.84 m, acrylic paint on wall. The site was located near the city center, next to a supermarket, along a passage often used by residents. 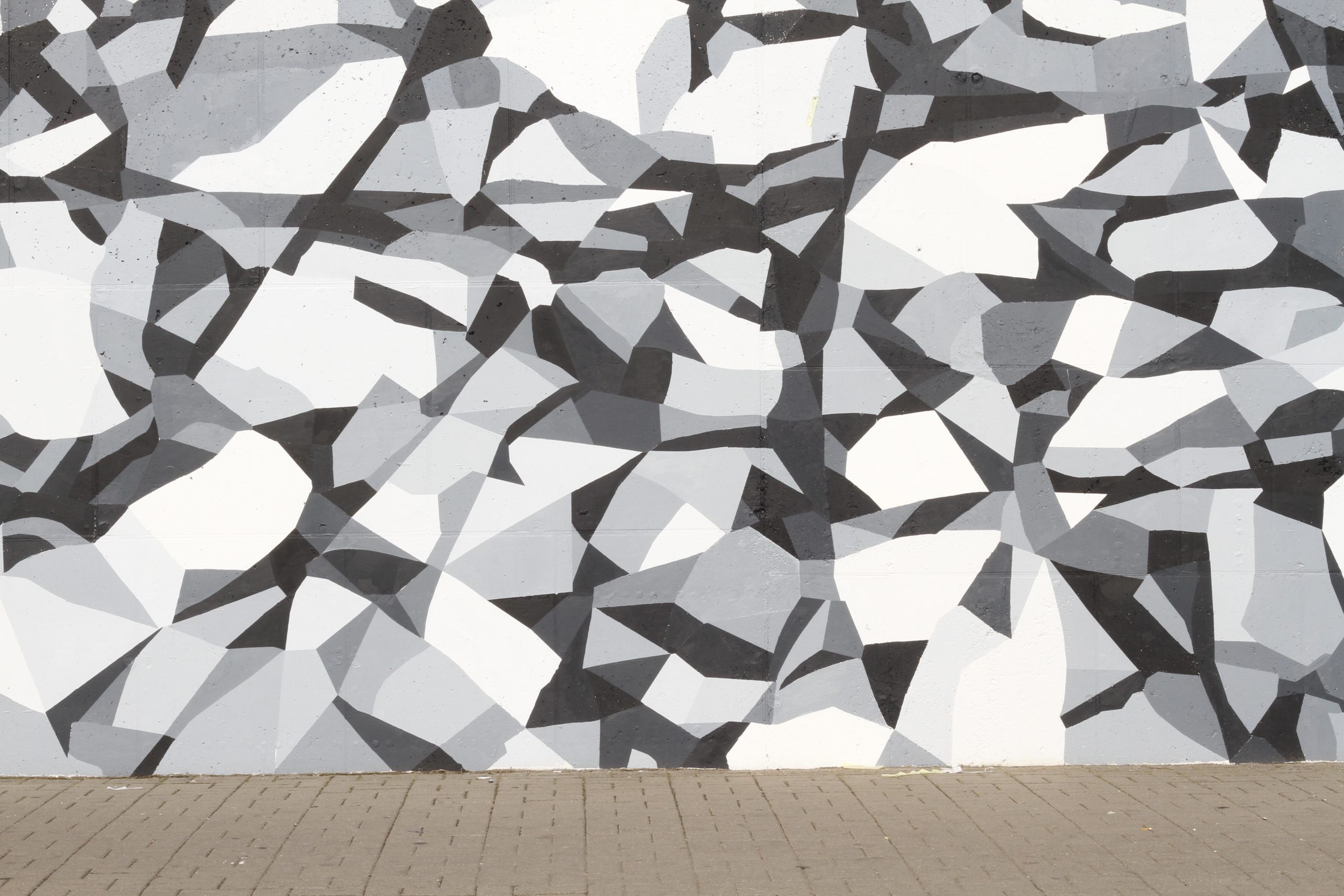 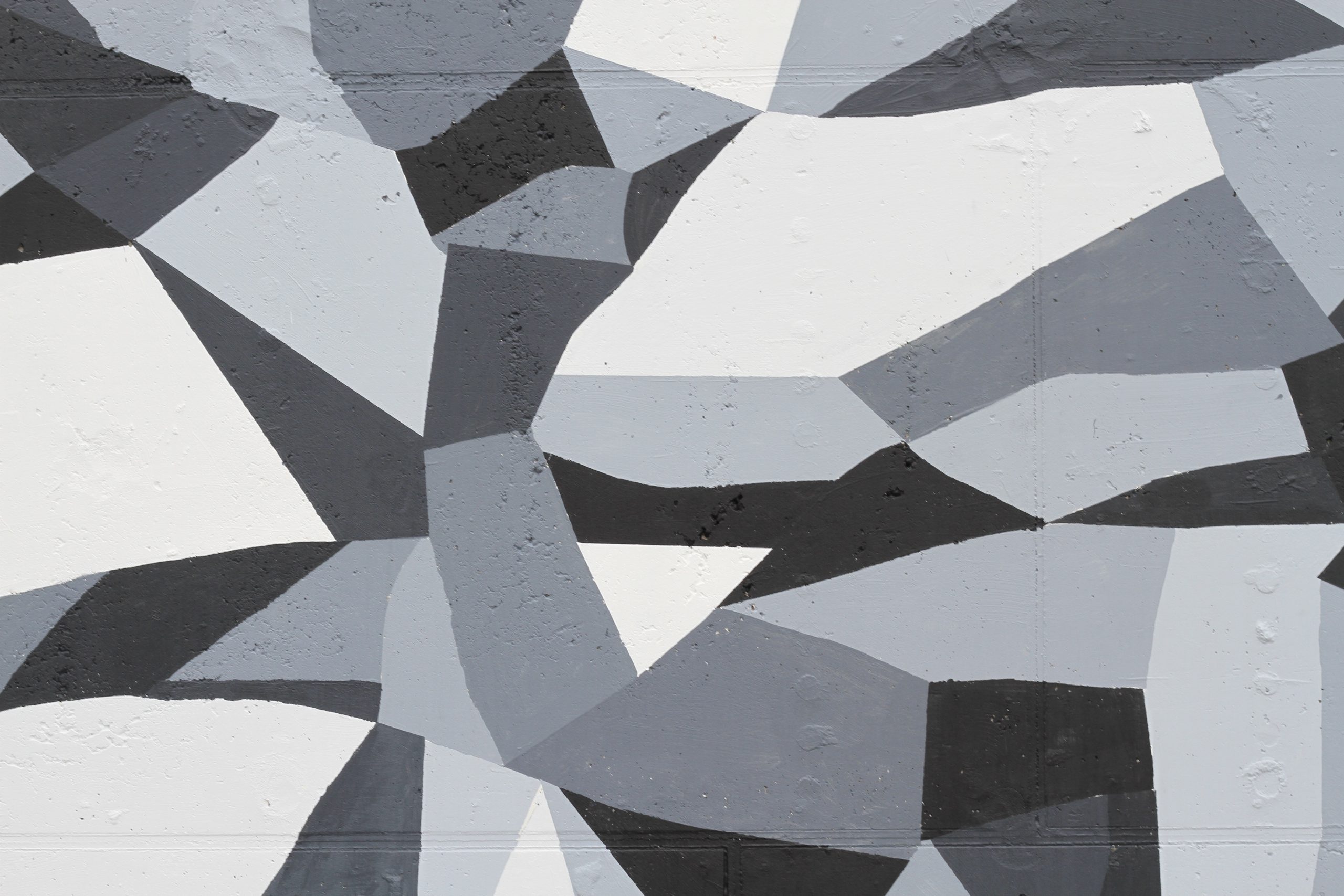 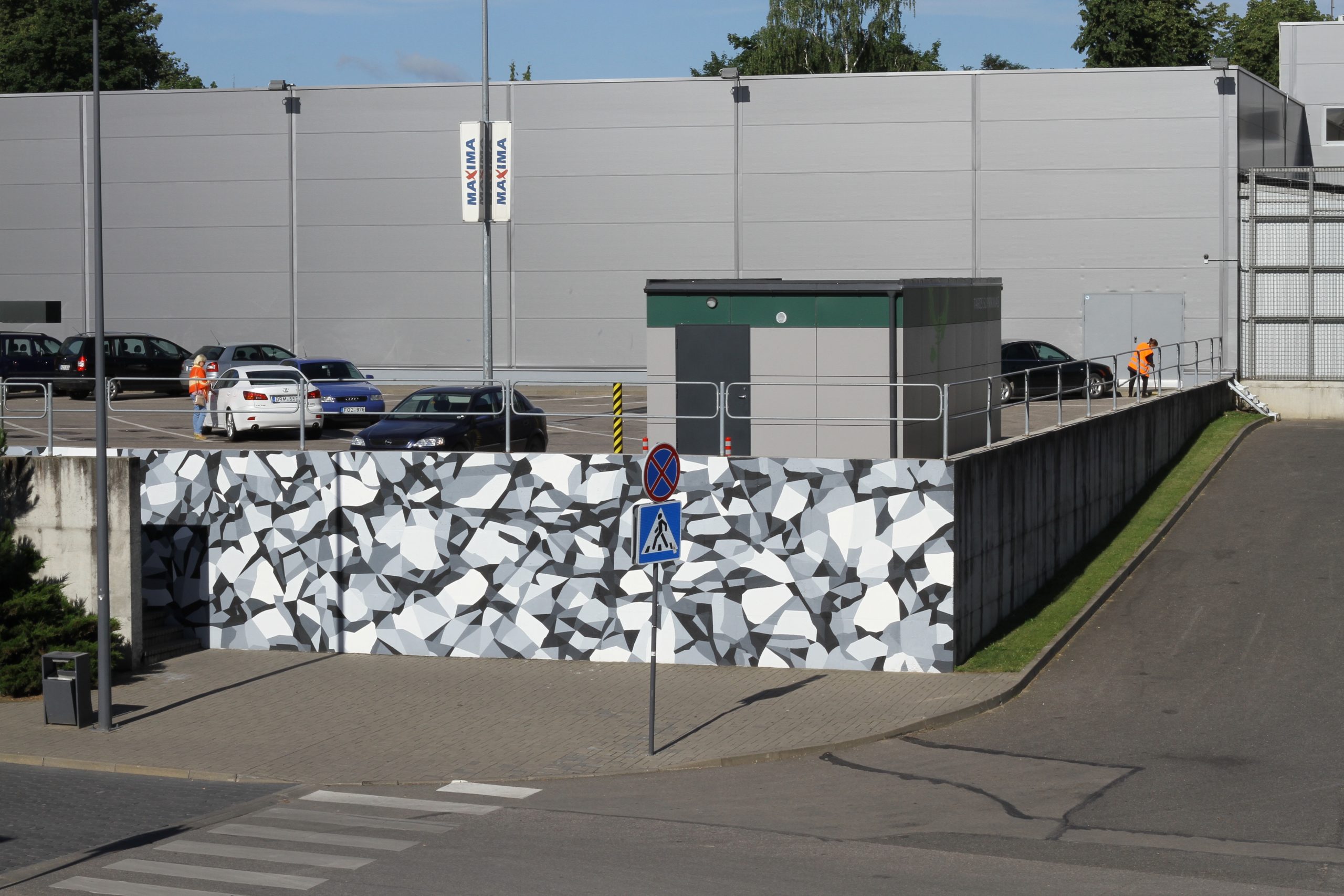 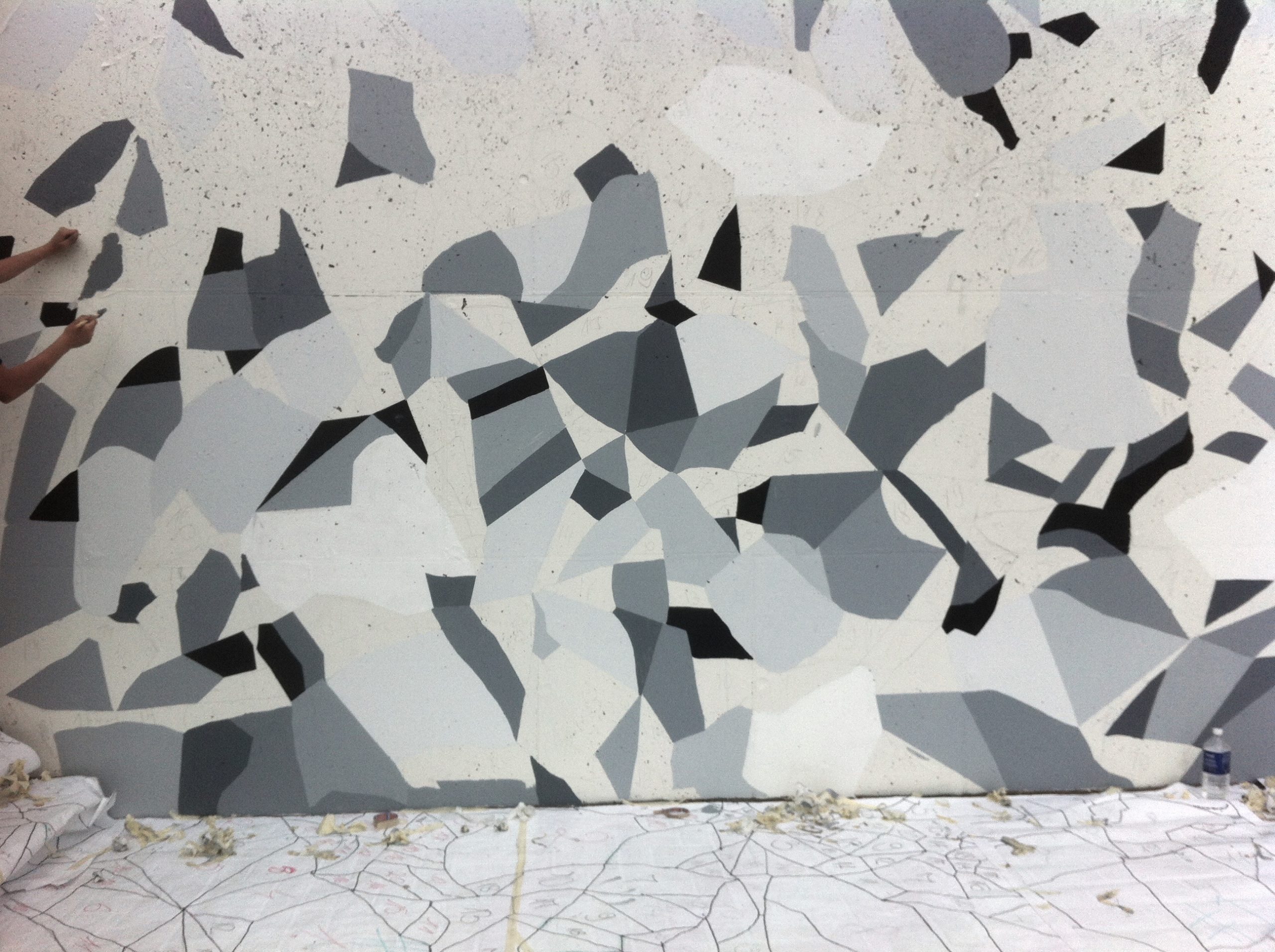