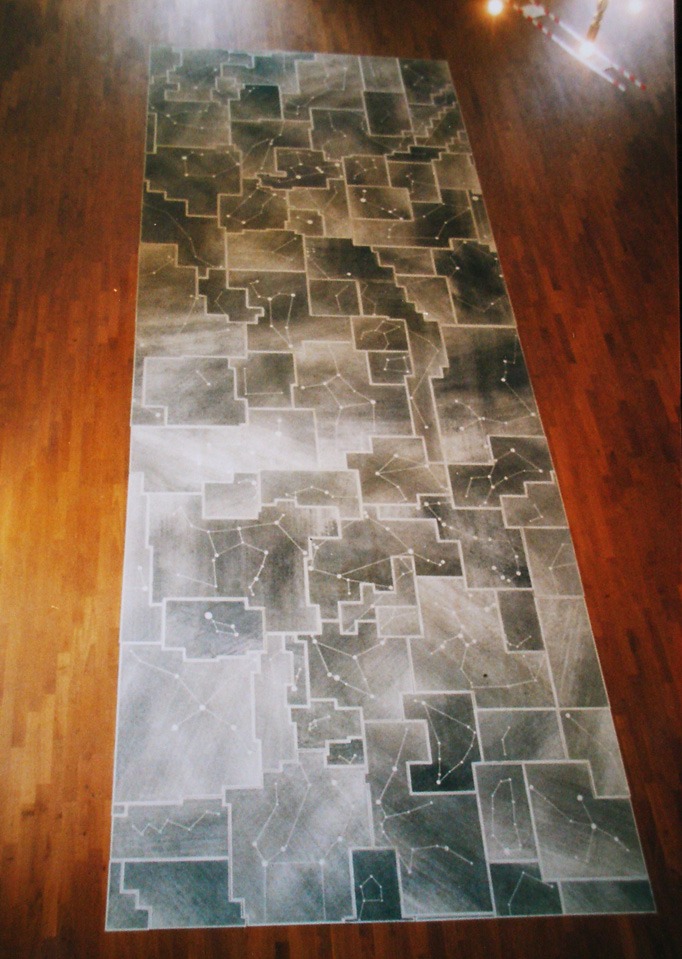 Dark Matter was made during a two month residency at the Projectruimte Haagweg in Leiden, NL in 2001.

A map of the constellations was printed by the tire tracks of passing traffic. The shape of each constellation, taken from a Times Atlas, was cut out in cardboard, covered in canvas, and all the stars and their connecting lines taped onto the canvas, creating a stencil. The separate pieces were then laid on the road in front of the Projectruimte Haagweg, and run over by passing traffic, with once in a while some diluted Indian ink poured onto the road. After the stencils had been ‘printed’ by the passing traffic, the tape was removed, revealing the stars and lines of the constellations. 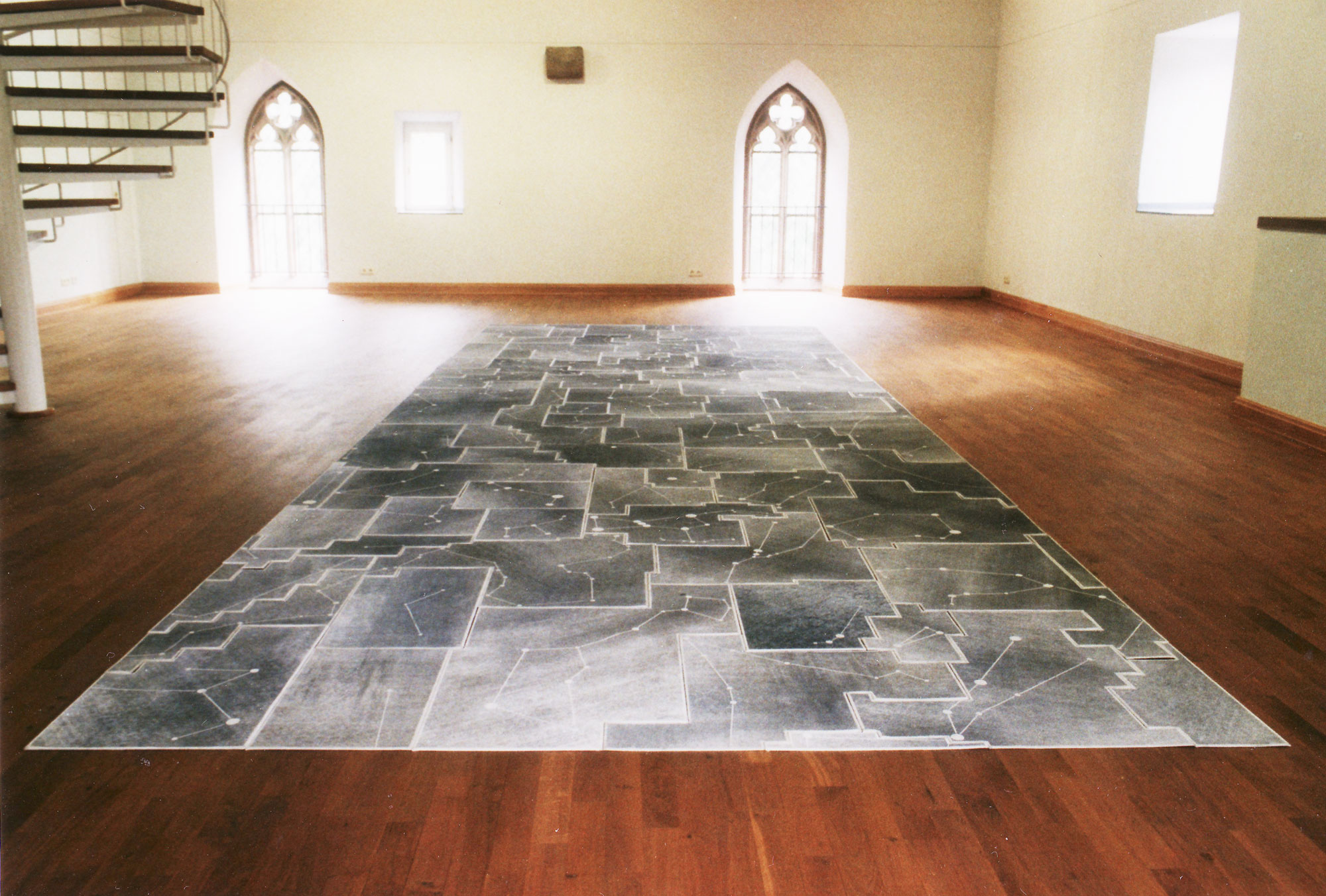 The final piece was exhibited in 2002 in the exhibition Natur Reflectiert, Schloß Burgau, Düren, Germany. 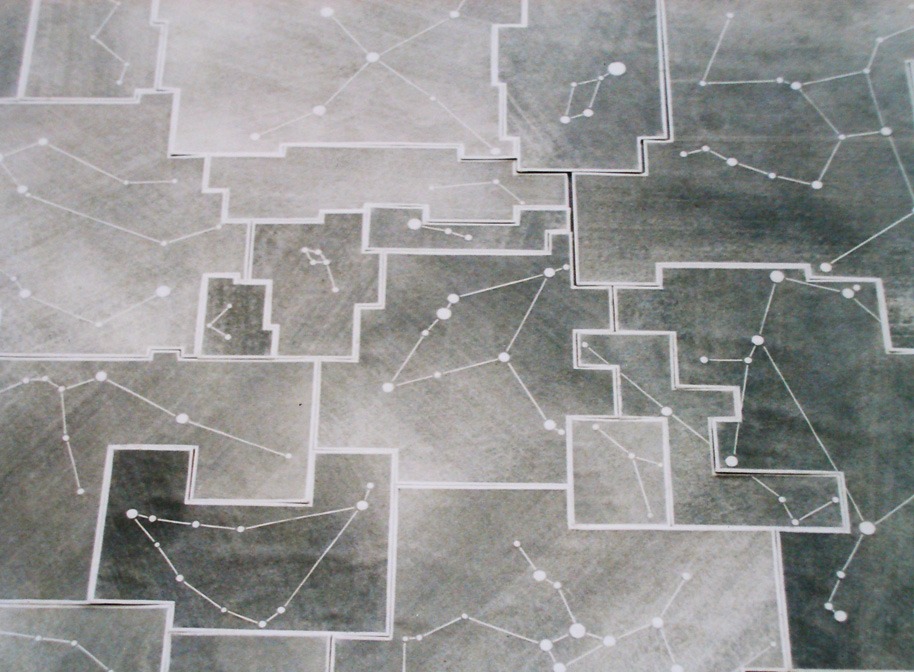 Long ago the stars were used in navigation, as orientation points; in spite of their usefulness, the fixed points that they represent are an illusion, as the light we see may even be from a star that no longer exists. Our minds project a pattern onto a reality that is always shifting. In Dark Matter, everything is the opposite of what it seems: something is created from nothing, the constellations become visible through of an absence of matter, the sky lies on the floor, and the more energy we use the less it will be possible to see anything at all, as pollution from exhaust gradually clouds the skyline and with it our vision. 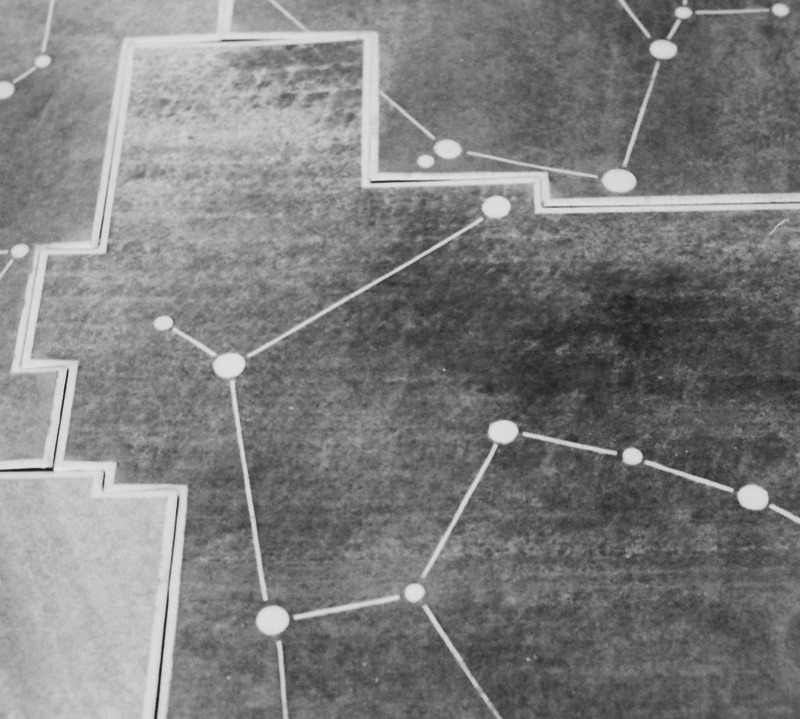 Periodic Table of the Elements | 2003