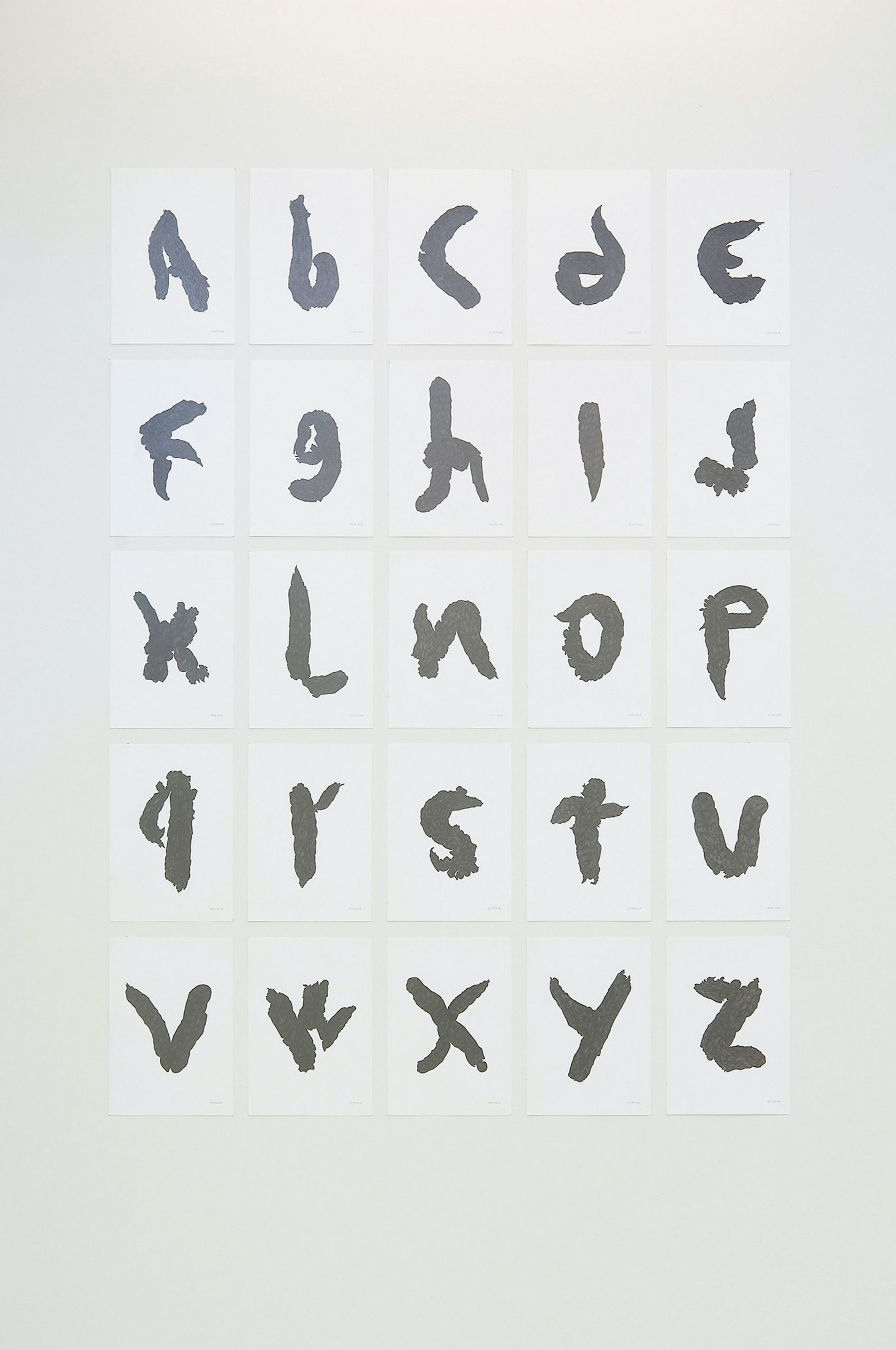 These drawings were made during a time I was without a studio. To keep working, I gave myself two rules: make a drawing every day, and anything, no matter how silly or stupid, could be the subject of a drawing. Often, I didn’t know what to draw. One day, at a loss for a subject, I drew my own poop. And actually the poop was very nice as a subject because it has beautiful contorted shapes and unexpected contours when I looked at it closely. After a few days of drawing, I noticed that I was creating letters. So I decided to draw the whole alphabet. This was terrific fun. Every morning I would wake up and after breakfast go to the toilet to see what letter I could produce that day. It took me almost 5 months to produce all the letters. In Shit Alphabet, there are 25 letters and only words without an M can be written.

None of the letters have been tampered with, I drew them exactly as they appeared in the toilet bowl. Interestingly, this work could only have been made in a country with flat as opposed to funnel shaped toilet bowls. (1) As I assembled the alphabet, it dawned on me that a piece that began with a purely playful intention had some intriguing and rather subversive implications. Shit Alphabet was drawn with a great sense of playfulness; but it takes that first basic childlike pleasure in creating, and links it with the most highly evolved characteristic of human beings, that of language.

Bringing together excrement and language suggests complicating the oppositions between thinking and being, mind and body, control and chaos. These two aspects cannot be fruitfully separated as far as I’m concerned; rational processes fall apart without an embrace of the bodily part of life. (And as a committed maker of garden compost, I am fully aware of the fertile potential of manure). Hierarchies in society, however, still tend to be dominated by the brains at the top (those with control of language, the dominant narrative). Those at the bottom (the unrepresented, animals and plants) lack language. So this alphabet is made with those who have no language in mind.

(1) “In a traditional German toilet,” writes the philosopher and cultural critic Slavoj Žižek, “the hole into which [excrement] disappears after we flush is right at the front, so that [it] is first laid out for us to sniff and inspect for traces of illness. In the typical French toilet, on the contrary, the hole is at the back, i.e. [excrement] is supposed to disappear as quickly as possible. Finally, the American (Anglo-Saxon) toilet presents a synthesis, a mediation between these opposites: the toilet basin is full of water, so that the [excrement] floats in it, visible, but not to be inspected.” Žižek’s scatological metaphor is a reflection, “in the most intimate domain,” as he puts it, of a famous “triad” that has long shaped European politics. Hegel, among many others, noted that the chief German attitude toward life was “reflective thoroughness,” while the predominant French attitude is “revolutionary hastiness,” and the English is “utilitarian pragmatism.” In politics, these play out as “German conservatism, French revolutionary radicalism, and English liberalism.” “It is easy for an academic at a round table to claim that we live in a post-ideological universe” where everyone embraces the free market and a liberal political order”, Žižek concludes with a flourish, “but the moment he visits the lavatory after the heated discussion, he is again knee-deep in ideology.” 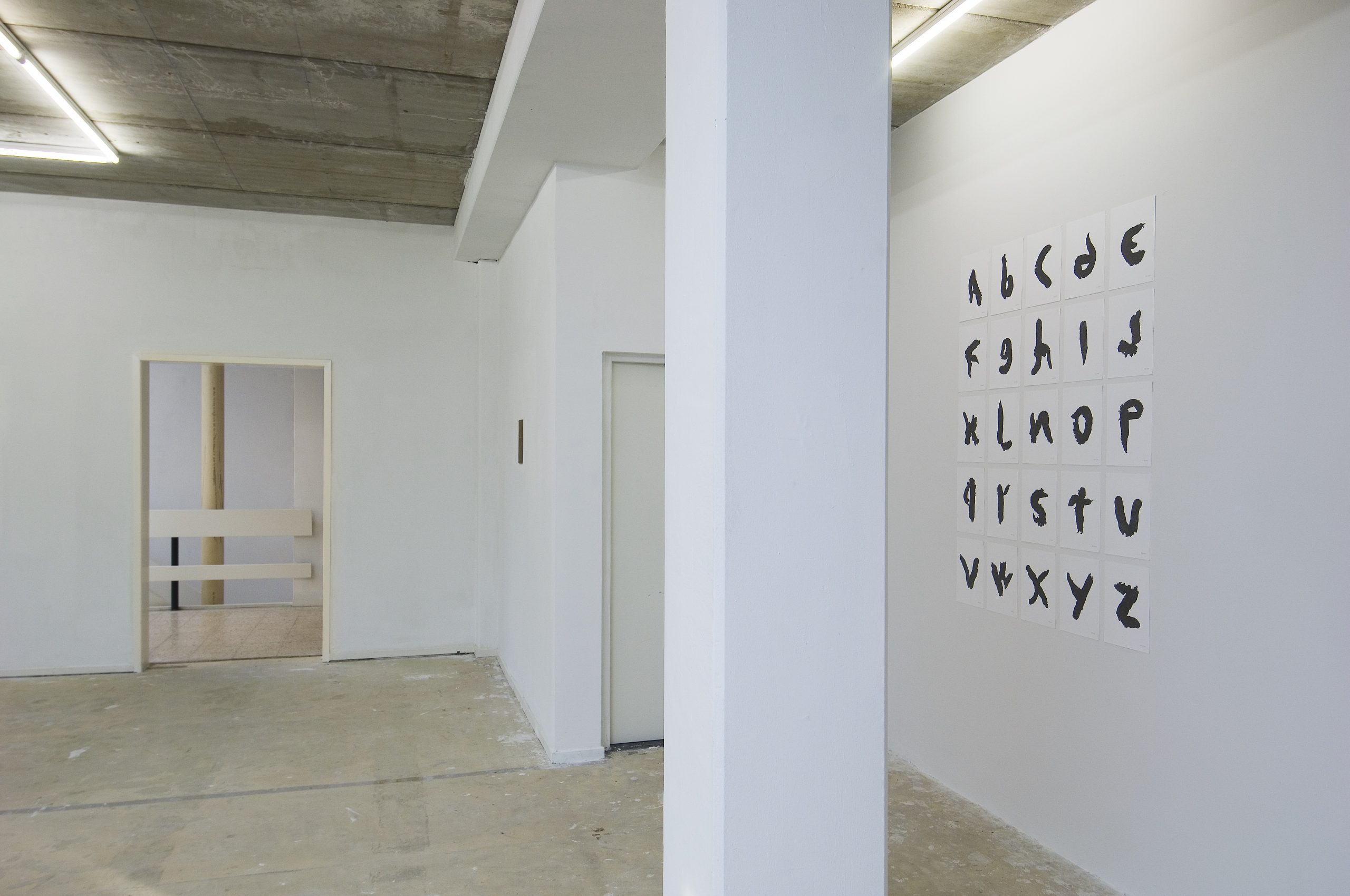 And if anyone says “Your work is shit!” I can answer, “You’re right!” I heard later on that this is what Piero Manzoni’s father said to him about his work, to which comment his famous work Merda d’artista was the reply.