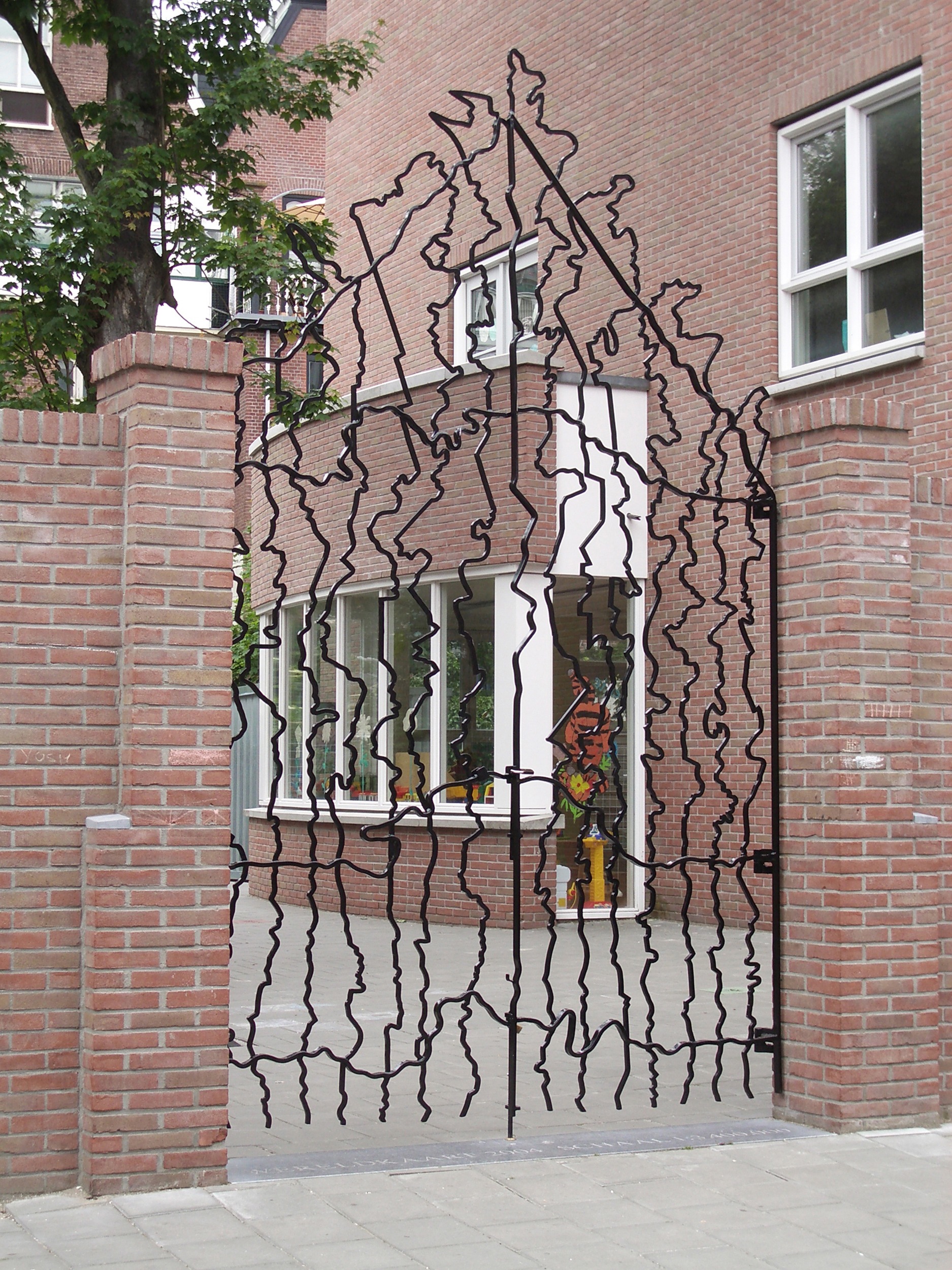 In 2003, I was invited by Stroom Den Haag to make a proposal for an artwork for the Da Costa School on the Hollanderstraat in the Hague. At the time there was still no entryway for the playground. I proposed making a wrought iron playground gate formed from all the lines of the political borders of all the countries in the world.

The work World Map is composed of all the borders between two countries, so there are no coastlines or countries, such as Iceland that have no political borders with other countries, represented. Political borders are abstractions. They represent agreements (or disagreements as the case may be), and as such exist only in the imagination. That is, until one tries to cross without the right papers. Then a border, however immaterial it may actually be, can become utterly concrete for those trying to make their way to the other side.

With support from Stroom Den Haag, the Mondriaan Foundation and the city of the Hague. 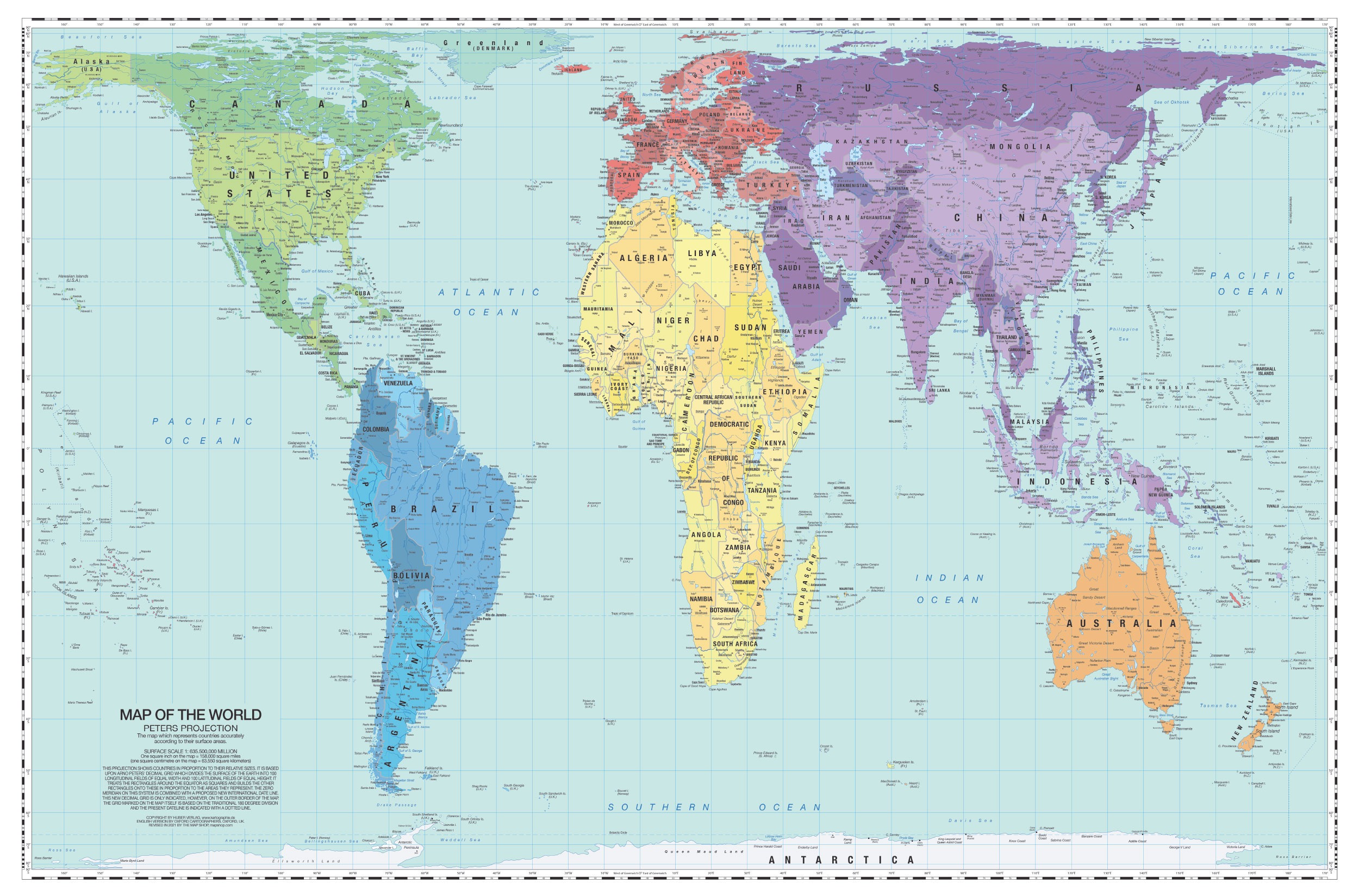 The lines for the borders in the gate were made using the Peters Projection world map developed by Arno Peters. This is the most proportionally accurate landmass depiction on a world map. The country size and scale is true, unlike most maps. It made it possible to combine the vastly differing scales of the political boundaries of the different countries in the world in one work. China and Mongolia’s border is more than 4,000 km long, whereas the border between Belgium and Luxembourg is 148 km. Often borders are meandering, reflecting natural features such as mountain ranges or rivers. In World Map these are  combined with lines that are straight and angular, that cut straight through landmasses without regard for geography or indigenous cultures, reflecting colonial practices of dividing areas according to treaties. 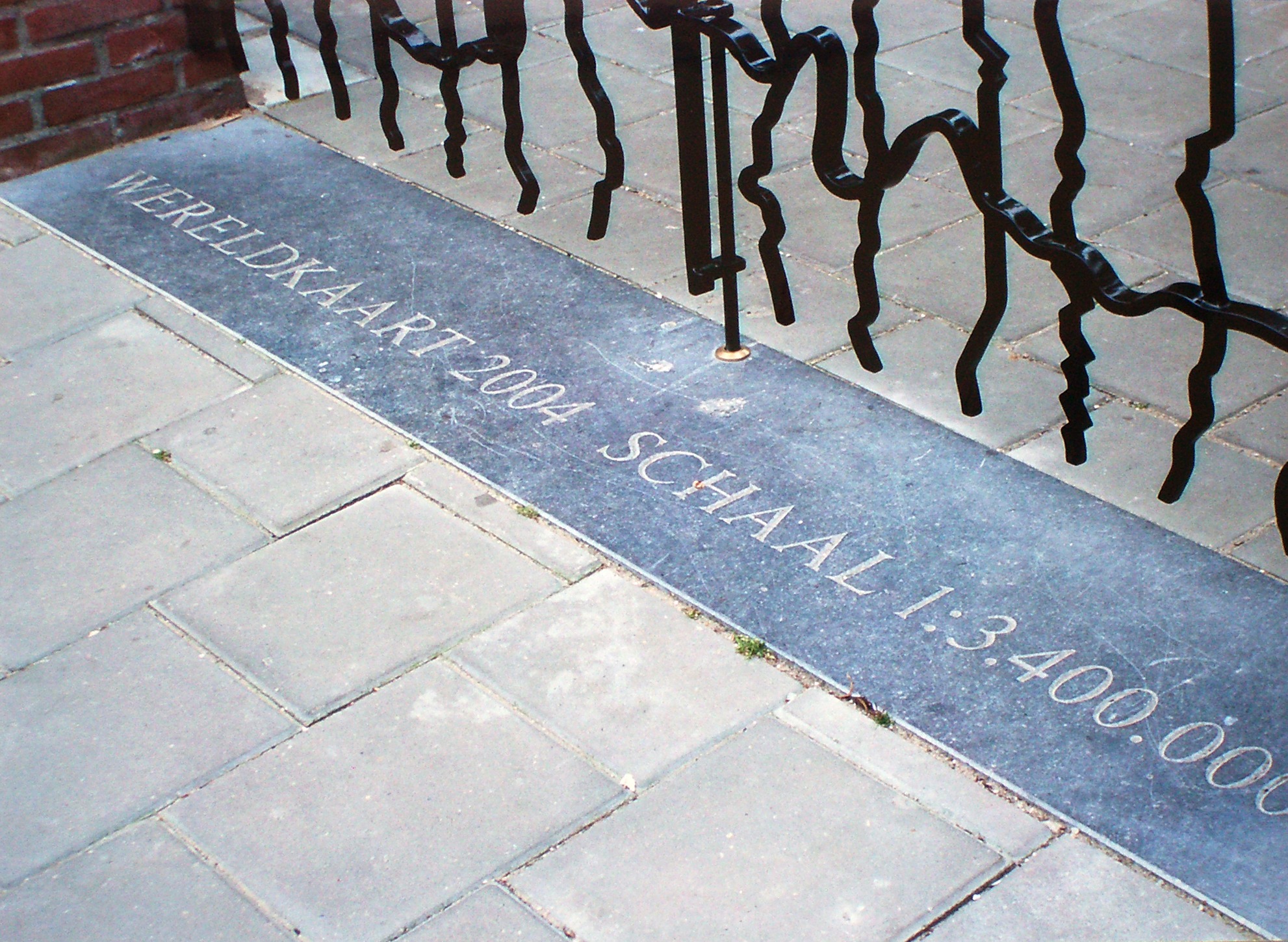 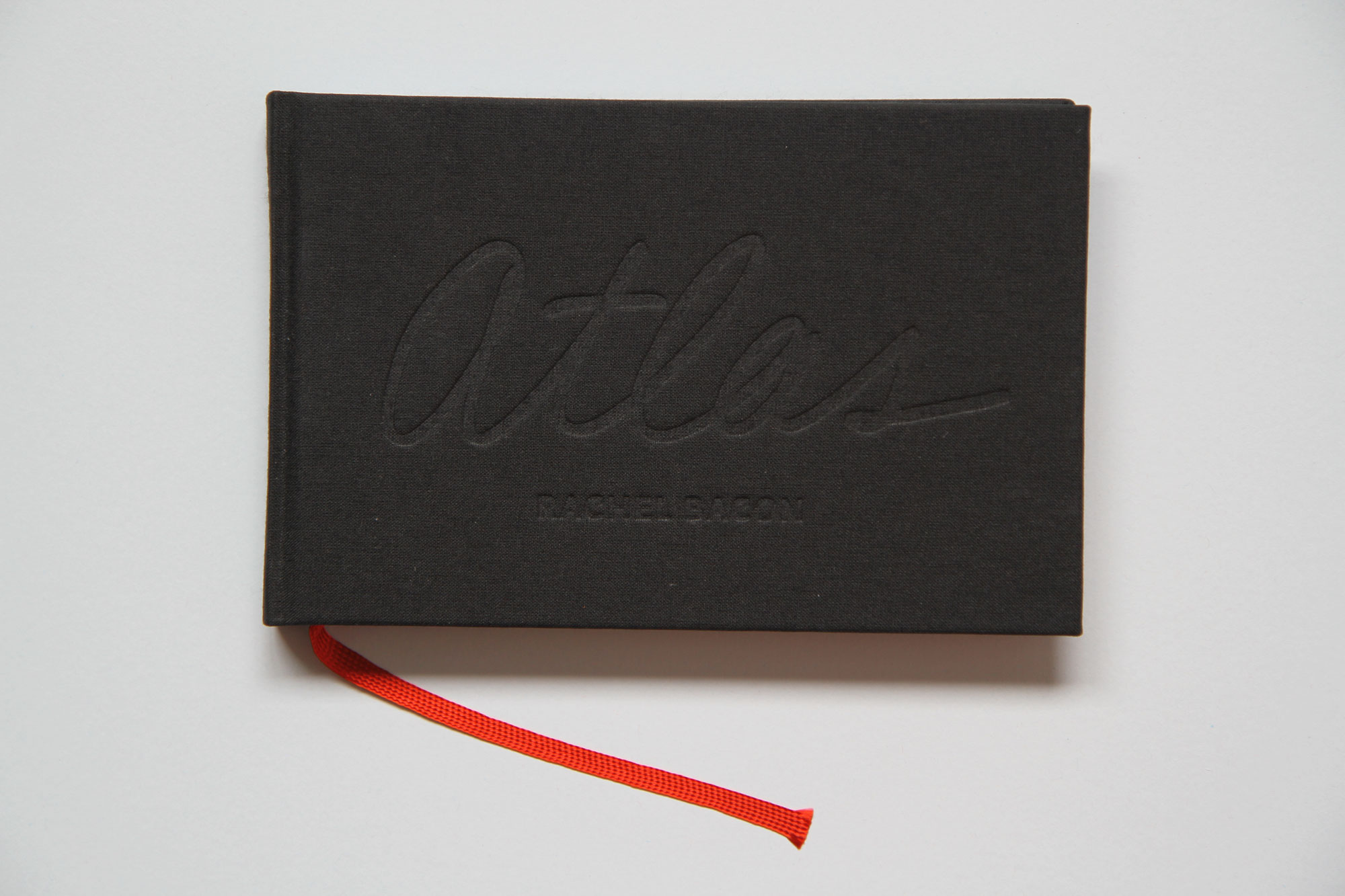 The book Atlas was made for the Da Costa School in 2005, as a published form of the World Map, with a text written by Philip Peters. In the book, the political borders of all the countries in the world are linked together as one line stretching thorough the whole book. The colors refer to the different continents, North and South America, Europe, Asia and Africa. 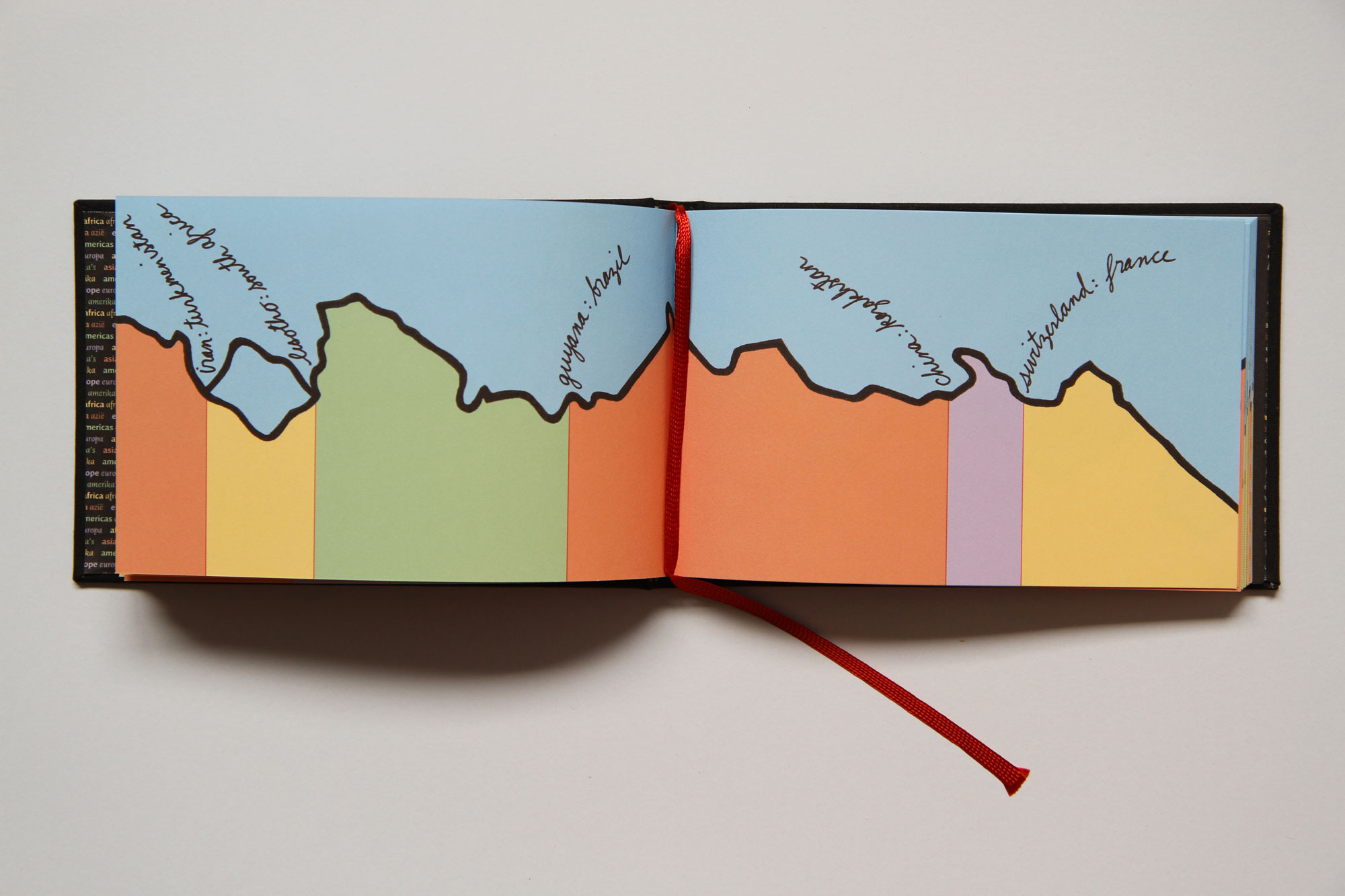 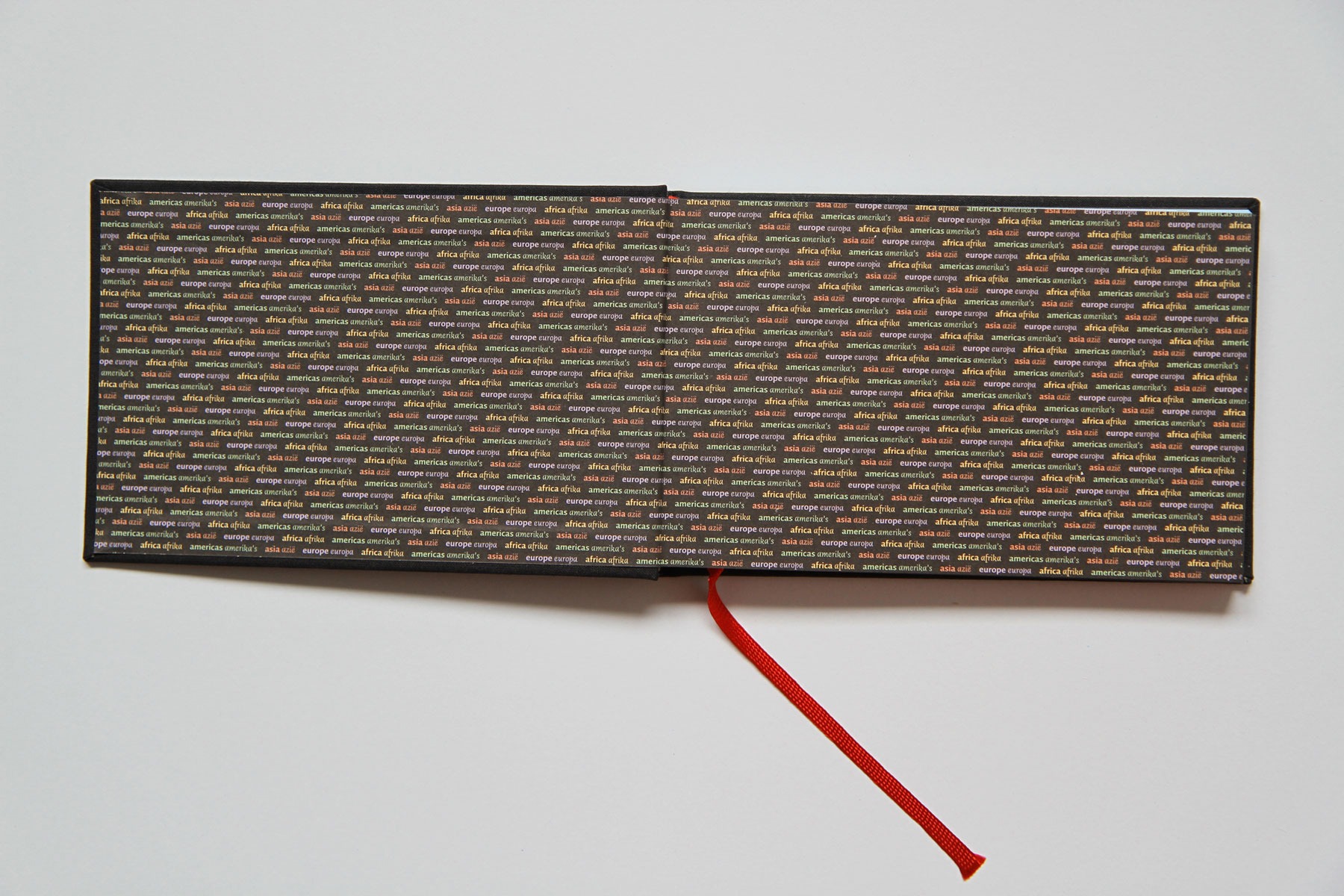